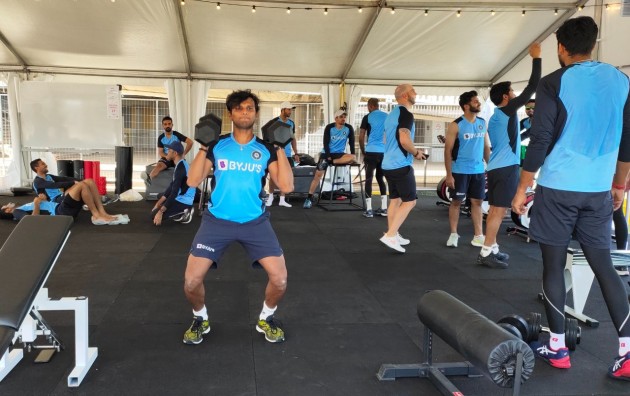 Cricket Australia is reportedly bracing for a mass airlift of players and staff into New South Wales in an attempt to save the eagerly-awaited series against India as a coronavirus outbreak in South Australia threatens the start of the upcoming summer.  (More Cricket News)

As Western Australia, Queensland and Tasmania closed their borders to South Australia on Monday, the country's cricket board on Tuesday got down to figure a way to get Australian white-ball, Test match and Australia A squads into Sydney to ensure the upcoming fixtures of the 300 million dollars season remain unaffected.

"...the likelihood of a spontaneous airlift is a reminder of a febrile environment that has taxed sporting administrators, players and coaches," reported 'ESPNCricinfo'.

CA, on its part, stated that all possible measures would be explored to ensure that the series goes ahead.

"Our bio-security and operational teams are closely monitoring the situation and working to put in place the necessary plans to ensure players, coaches and staff are available for upcoming fixtures," the CA said in a statement.

According to the Australian media, CA is continuously "assessing" the fast evolving situation.

"CA has always maintained that it would need to be agile as border conditions change and we thank the players, coaches and staff involved for their flexibility and all parties for their support.

"We will continue to provide updates as the situation evolves and look forward to hosting a safe and successful summer across all formats."

A fresh coronavirus outbreak in Adelaide on Monday forced Australian players, including captain Tim Paine, into self-isolation but the country's cricket board asserted that the first Test against India there from December 17 would go ahead as scheduled.

A cluster of COVID-19 cases in Adelaide prompted other states like Western Australia, Tasmania and the Northern Territory to close their borders with South Australia and impose a 14-day hotel quarantine on all visitors from Adelaide from Monday noon.