If you choose to punish the folk who own the partially or totally illegal assets, then you must remember that the structural illegalities were achieved through bribing.

Quintessentially, some of Delhi’s most vocal citizens are a rather lawless lot. It is part of the staple diet of their version of capital speak to be able to silence any attempt at routine law enforcement. This is perhaps why large parts of the capital are completely baffled by the speed and alacrity with which the current demolition drive against blatantly illegal constructions proceeded. 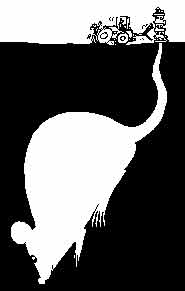 The chattering classes may be aghast and agitated, but remember that the bulldozers have actually affected the lives of thousands of nameless ordinary citizens, mute spectators of a process they feel helpless to control.

The poor believe today that unless the root of the problem is eliminated, they are simply going to be victims of more harassment in the future. Petty municipal officials will threaten to put their properties on demolition lists; bribes to get any kind of certificate will go up and insecurity will forever hang over their heads.

Therefore, the political repercussions for the current government in power in Delhi on account of the way the demolition’s saga will play itself out, are significant. If the current, unhappy and tentative truce prevails, the party in power will not have a ghost of a chance of returning for the next 10 years. There is, however, a rather easy, transparent, obvious and immediately actionable solution. If implemented correctly, it could not only set the new standard for public governance levels but also become the gold standard for a systemic crackdown on corruption elsewhere.

Given that despite a maelstrom of protest, the Municipal Corporation of Delhi has put up on the Web a list of 18,000 houses that have violated building norms and bear the mark of the Angel of Demolition, the next step is also logical. The MCD now merely has to add one more set of columns and detail the names of officials responsible for the buildings in question, the semblance of sanctions wherever given, whose turf this was on, and who they were being supervised by.

Demolitions and jail terms must then go hand-in-hand. We estimate about Rs 20,000 crore in illegally constructed assets are today facing the sledgehammer. A significant portion of this has been passed on to MCD officials and to their political patrons to ensure that everybody in charge stays in charge and keeps their eyes and mouths shut.

So, what’s the solution? Simple. If you choose to punish the folk who own the partially or totally illegal assets, then you must remember that the structural illegalities were achieved through bribing. So, it’s at least equally important to punish the gatekeepers.

We’ve been through paroxysms of virtuous indignation before. However, this time around Delhi has a fighting chance of getting rid of the cancer within if the political leadership and an activist judiciary ensure that everybody indicted is dealt with according to the law. So, the lists of those who are trooped off to jail must include extremely powerful and senior bureaucrats. And [good heavens can we ever expect this utopia?] central and state politicians who protected them in gaol, alongside.