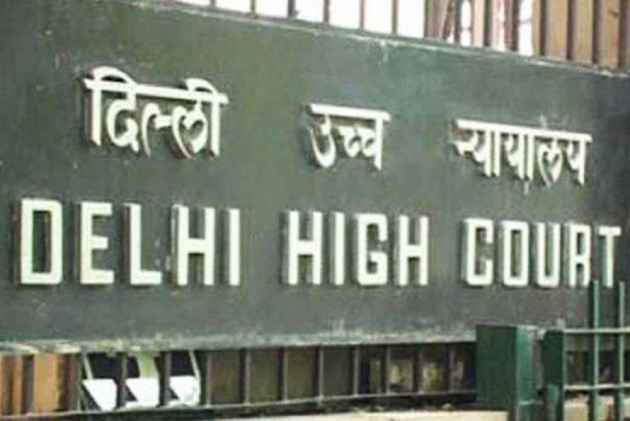 Marital rape cannot be made a criminal offence as it could become a phenomenon which may destabilise the institution of marriage and an easy tool for harassing the husbands, government today submitted before the Delhi High Court.

The Centre, in an affidavit filed in response to pleas seeking criminalising marital rape, said the Supreme Court and various High Courts have already observed the growing misuse of section 498A (harassment caused to a married woman by her husband and in-laws) of IPC.

The reply, filed before a bench of Acting Chief Justice Gita Mittal and Justice C Hari Shankar, also sought to implead state governments in the matter to know their opinion to avoid any complication at a later stage.

"It has to be ensured adequately that marital rape does not become a phenomenon which may destabilise the institution of marriage apart from being an easy tool for harassing the husbands," the affidavit, filed through central government standing counsel Monika Arora, said.

The government was responding to various petitions seeking declaration of Section 375 (offence of rape) of the IPC as unconstitutional on the ground that it discriminated against married women being sexually assaulted by their husbands.

During the day's hearing, senior advocate advocate Colin Gonsalves, appearing for one of the petitioners, argued that marriage cannot be viewed as giving a husband the right to coerced intercourse on demand.

He said a marriage licence cannot be viewed as licence for a husband to forcibly rape his wife with impunity and a married woman has the same right of full control over her body as an unmarried woman. He also referred to various judgments of foreign countries.

The hearing in the matter would continue tomorrow.

Marital rape (or spousal rape) is an act in which one of the spouses indulges in sexual intercourse without the consent of the other.

The Centre said in the affidavit that marital rape has not been defined in a statute or law, while the offence of rape is defined under section 375 IPC. Hence, defining marital rape would call for a broad based consensus of the society.

"What may appear to be marital rape to an individual wife, it may not appear so to others. As to what constitutes marital rape and what would constitute marital non-rape needs to be defined precisely before a view on its criminalisation is taken," it said.

It said merely deleting the exception which provides protection to husbands from prosecution for the offence of rape, may not stop marital rape. "Moral and social awareness" plays a vital role in stopping such an act, it added.

"If all sexual acts by a man with his own wife will qualify to be marital rape, then the judgment as to whether it is a marital rape or not will singularly rest with the wife.

"The question is what evidences the courts will rely upon in such circumstances, as there can be no lasting evidence in case of sexual acts between a man and his own wife," the affidavit read.

It also referred to the reports of Law Commission and Parliamentary Standing Committee on Home Affairs, saying they have examined the matter and did not recommend criminalisation of marital rape.

Citing the Justice J S Verma Committee Report on "Amendments to Criminal Law", it said it was recommended that the exception to marital rape be removed, but it also pointed out that it is also important that legal prohibition on marital rape is accompanied by changes in the attitude of the prosecutors, police officers and those in society generally.

Regarding the petitioners' submission that other countries, mostly western, have criminalised marital rape, the Centre said it does not necessarily mean India should also follow them blindly.

"This country has its own unique problems due to various factors like literacy, lack of financial empowerment of the majority of females, mindset of the society, vast diversity, poverty, etc. And these should be considered carefully before criminalising marital rape," it said.

The affidavit said that criminal law is in the Concurrent List and implemented by the states and there is a vast diversity in the cultures of these states.

The high court had earlier asked the Centre to spell out its stand on petitions seeking to make marital rape a criminal offence.

It has agreed to examine the issue raised in PILs by NGOs RIT Foundation, All India Democratic Women's Association, represented through advocate Karuna Nandy, and a man and a woman, who have sought striking down of the exception in the Indian penal law that did not consider sexual intercourse with a minor wife, above 15 years of age, as rape.

The court has also agreed to hear a plea by NGO Men Welfare Trust, representing men victimised by alleged misuse of gender laws, opposing the petitions to make marital rape a criminal offence.

Earlier, the Centre had defended its legislation, saying child marriages were taking place in India and the decision to retain a girl's minimum age as 15 years to marry was taken under the amended rape law to protect a couple against criminalisation of their sexual activity.