Giving details of the latest arrest, an official said a team of the NCB laid a trap in suburban Goregaon and apprehended the accused, identified as Okaro Ouzama, 'along with an intermediate quantity of cocaine' on Saturday. 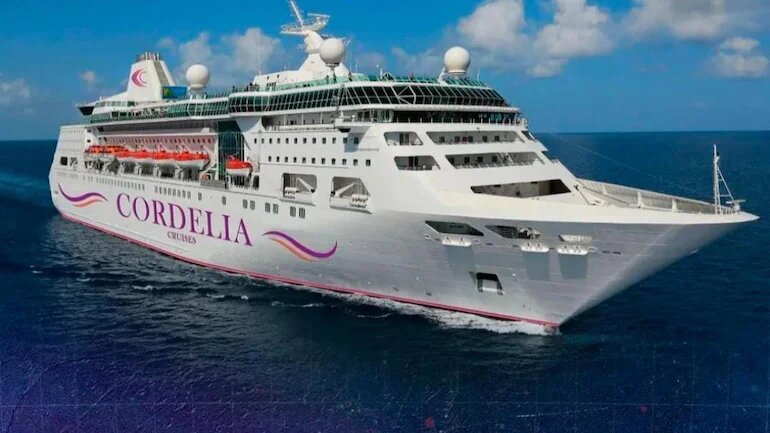 The Narcotics Control Bureau on Sunday apprehended a Nigerian national  in connection to the cruise drugs party raid case, an NCB official confirmed.

NCB so far has arrested 20 people  in connection with the case, including Bollywood superstar Shah Rukh Khan's son Aryan Khan, he said.

Giving details of the latest arrest, the official said a team of the NCB laid a trap in suburban Goregaon and apprehended the accused, identified as Okaro Ouzama, "along with an intermediate quantity of cocaine" on Saturday.

This is the second arrest of a foreign national in the case, the official said.
Earlier also, the NCB had arrested a Nigerian in the case.

The NCB is making effort to explore the foreign linkages in the case on the basis of interrogation of the all accused persons, the official said.

He also said that two men, whom NCP leader and Maharashtra minister Nawab Malik had claimed as "outsiders" involved in the raid, were actually among the nine independent witnesses involved in the whole operation.

He said the duo was not known to the NCB before October 2, when the raid was conducted on the Goa-bound ship.

The NCB had earlier said all the allegations levelled against it in connection with the cruise ship raid were "baseless, motivated afterthoughts and prejudicial".

NCB's Mumbai zonal director Sameer Wankhede had said the anti-drugs agency works professionally. "We do not see any political party and religion. We do our job professionally," he added.

Based on a tip-off, an NCB team raided the Goa-bound cruise ship on October 2 and claimed to have recovered banned drugs.

The case took a political turn when NCP leader Nawab Malik on Wednesday claimed that the raid was "fake" and that "outsiders" were involved in it.

On Saturday, Malik alleged that the NCB had initially detained 11 people from the Goa-bound cruise ship, but let off three of them, including the brother-in-law of a BJP leader, a couple of hours later.