Star chef Rakhee Vaswani, owner of the Palate Culinary Studio in Mumbai, reveals how her academy is working towards helping students keep up with changing perceptions of food, and why out of the many hats she wears, she would most like to be known as someone who loves to teach. 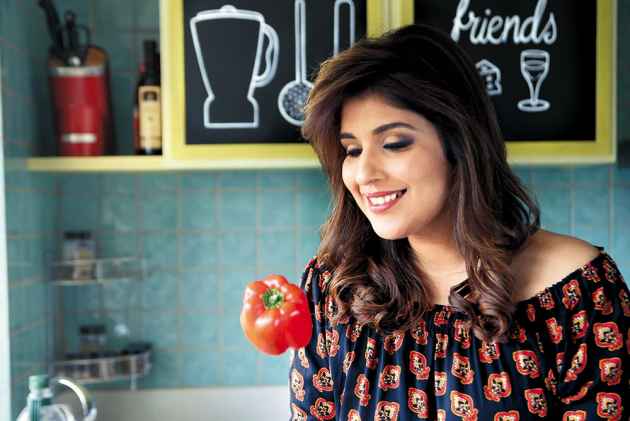 Celebrity chef, culinary expert, food consultant, teacher, author, cookery show host, entrepreneur, Rakhee Vaswani wears her many hats with great pride and equal elan. However, if there is one thing Rakhee would like to known and remembered for the most, it would be the role of a teacher, she reveals. Rakhee, who started with 3-4 workshops a month and worked out of a garage in Santa Cruz, that her husband had lovingly converted into a studio, now holds almost 100 workshops at her culinary school, the Palate Culinary Studio in Munbai’s Khar.

Talking about how her fondness for cooking began, Rakhee says, “I always liked to make things taste good. So, whenever I was served anything that did not fit my idea of tasty food, I would always venture out into the kitchen and make things taste the way I wanted it to. I literally grew up around the kitchen, watching my mother and aunts cooking.”

It is extremely important to be able to pick oneself after a fall. I have always done that. I cry a little, gather the pieces and then move on. This has been my mantra all my life.
-Chef Rakhee Vaswani

Though in her heart-of-hearts, Rakhee always wanted to get into the culinary space, hailing from a conservative Sindhi family made it difficult to get a formal training at that point. “It was because of my foodie husband that I discovered my culinary journey. During our trips abroad, he would encourage me to pick up different cuisines, and indulge my adventurous side in the kitchen. I then started a home-cooking business. I did that for a few years, but took a break, because I wanted to be around my children. Then after almost 10 long years of being away from everything, I got back with the encouragement of my husband and kids. I then did a short-term baking course at Sophia College, Mumbai, and got certified by Le Cordon Bleu at Gordon Ramsay’s Tante Marie in London. I am so grateful that I found so much support in my family to be able to pursue my passion, and thanks to my husband again, we launched the Palate Culinary studio in January 2013. I am so proud of the range of students the studio attracts – right from the ages of 8 to 80.” The studio now boasts of over 99 different courses, which have been specifically designed and undertaken by Rakhee, and range from baking to Lebanese, to Thai and Japanese, among many others. Rakhee also recently acquired certification for the studio to provide the UK based CTH diploma and is the first place in the country to do so. Often referred to as the desi ‘Nigella Lawson’ Rakhee became a true celebrity chef in September 2015 with her TV show ‘Rewind with Rakhee’ on India’s first channel food-tainment channel, Living Foodz, and did another show by the name ‘Yummy Treats’. “I have always been bit of an actor, I love being in front of the camera, and the show helped me do just that. Had I not been cooking, I would perhaps be part of a Balaji show,” she jokes.

Rakhee also holds her first cookbook Picky Eaters, which was launched by Malaika Arora Khan, someone who has been part of Rakhee’s culinary journey, and someone she considers her lucky mascot. “I have told Malaika that I can’t start on anything new without her being part of it, and she has always been very sweet and accommodative about it.”

At a time when the food industry in India is evolving rapidly, Rakhee hopes her story comes as an inspiration to millions of women out there. “I hope a lot of women reading this will realise that it is never too late to start or restart your career. If your passion is strong enough, you can definitely do it, no matter you age. At the same time, it is important to keep learning, I do about 100-plus classes a month as a teacher, but I learn something new every day,” she says.

Revealing what keeps her inspired and going, Rakhee says, “I am always able to pick myself after a fall. I cry a little, but then gather the pieces and move on. This has been my mantra all my life.” That’s some solid advice cooking!

For the paprika sauce For the spinach brown rice pilaf

Salt and pepper, to taste