The horrifying events of the last week should serve as a lesson in the obscene futility of vengeance. 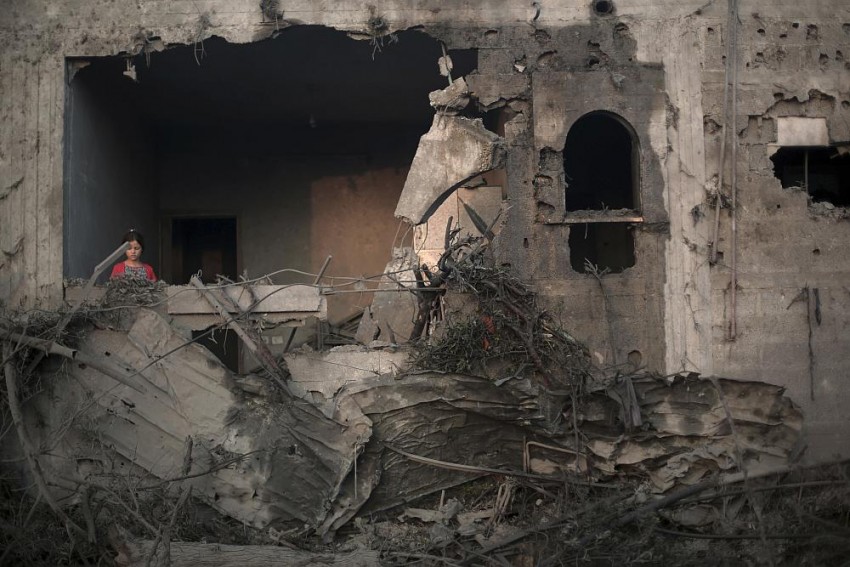 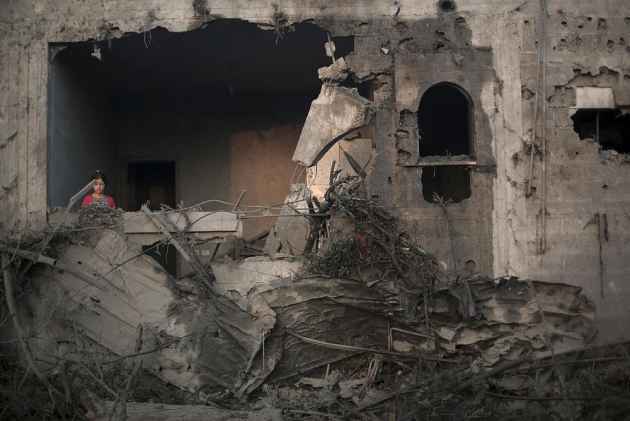 Shock and anger have engulfed Israeli and Palestinian societies since they learnt last week of the barbarous murder of children from their communities. Hours after three Israeli teenagers’ bodies were located, long after their abduction, a Palestinian youth, Mohammed Abu Khdeir, was kidnapped, beaten and burnt to death, apparently as revenge.

These horrifying events should serve as a lesson in the obscene futility of vengeance. As a relative of one of the murdered children observed: “There is no difference between blood and blood.”

Sadly, that was not the message implicit in much of last week’s coverage. On social media, a juxtaposition of pictures from the same day’s New York Times showed how easy it is to forget not only that our blood is the same but that grief is too.

A headline about Israelis’ “heartbreak” was illustrated movingly by the families of the three Israeli teenagers huddled together, overwhelmed by their loss. A report on the killing of 16-year-old Abu Khdeir, on the other hand, was accompanied by an image of masked youths throwing stones.

These contrasting depictions of mourning were entirely misleading. True, Palestinian youngsters have been violently protesting in Jerusalem and communities in Israel since Abu Khdeir was buried. But so have groups of Israeli Jews. They have rampaged through Jerusalem and parts of Israel, calling out “Death to the Arabs” and attacking anyone who looks Palestinian.

Nonetheless, Abraham Foxman, the head of the Anti-Defamation League, a US Jewish organisation that claims to fight bigotry, was peddling an equally divisive message. In the Huffington Post he wrote of a Palestinian “culture of hatred”.

According to Foxman, Palestinian and Israeli societies are fundamentally different. Palestinian discontent is “fanned and incited into hatred by a widespread, unfettered support for violence against Jews and Israel”.

He was echoing a sentiment common in Israel, and famously voiced in the late 1960s by the then prime minister, Golda Meir. She suggested that even harder than forgiving the Arab enemy for killing Israel’s sons would be “to forgive them for having forced us to kill their sons”.

In a bout of similar self-righteousness, many Israelis berate Palestinian parents for putting their children in danger’s way by allowing them to throw stones at Israeli security forces. The implication is that Palestinians—as a result of either culture or religion—value life less than Israelis.

Strangely, Israelis rarely question the implication of the decision taken by one in 10 of their number to live in illegal colonies on stolen Palestinian land. The settlers choose to put themselves and their children on the front lines too, even though they have far more choices than Palestinians about where to live.

In fact, neither Israelis nor Palestinians can claim to be above a culture of hate. As long as Israel’s belligerent occupation continues, their lives together in one small patch of the Middle East will continue to be predicated on bouts of violent confrontation.

But that does not mean Israeli and Palestinian culpability is equal. The reality is that Israelis, unlike Palestinians, have a sovereign state that represents them and protects them with a strong army.

Last week, the Israeli army announced that it had arrested several soldiers who posted online photographs of themselves vowing revenge against “Arabs”—part of a flood of calls for vengeance on ­Hebrew social media. The arrests played well with Israel’s image as a country that enforces the rule of law, but they concealed deeper truths.

The first is that the Israelis thirsting for reprisals are simply echoing their politicians and religious leaders whose statements for vengeance surpassed even the ugly grandstanding of Hamas, which had praised the Israeli teenagers’ abduction.

Prime minister Benjamin Netanyahu led the way, citing a famous line of Hebrew poetry: “The devil himself has not yet created vengeance for the blood of a small child.” His economics minister, Naftali Bennett, urged Israel to “go mad”, while a former legislator vowed that Israel would turn Ramadan into a “month of darkness”. An influential and supposedly moderate rabbi hoped for “an army of avengers”.

Last week, left wing Israelis rallied in Tel Aviv to castigate the Netanyahu government for “incitement to violence”. But even this underestimated the problem.

Israeli leaders’ threats are not simply stoking an ugly mood on the street. The huge muscle of the Israeli security apparatus is flexing at their behest too. That was given graphic illustration in video footage of armed police in Jerusalem relentlessly kicking and punching a child—a 15-year-old American relative of Abu Khdeir—as he lay cuffed and helpless on the ground.

The cabinet is plotting a more subtle revenge. It plans to build new settlements—violence against Palestinian life on the little slivers of territory left to them—specifically to honour the three teenagers. Guarded by the army, settlers have already set up a new encampment in the West Bank.

The army, meanwhile, launched a series of strikes on Gaza, culminating in a new large-scale attack dubbed Operation Protective Edge. It has also revived a policy of demolishing the homes of relatives of Palestinian terror suspects. Backed by the courts, soldiers blew up the family homes of two men it accused of being behind the teenagers’ abduction.

In the face of the enduring violence of Israel’s occupation, and the licence it provides soldiers to humiliate and oppress, ordinary Palestinians have a stark choice: to submit or resist. Ordinary Israelis, on the other hand, do not need to seek revenge on their own account. The Israeli state, military and courts are there every day doing it for them.

Jonathan Cook won the Martha Gellhorn Special Prize for Journalism. His latest books are Israel and the Clash of Civilisations: Iraq, Iran and the Plan to Remake the Middle East (Pluto Press) and Disappearing Palestine: Israel’s Experiments in Human Despair (Zed Books).  A version of this article first appeared in the National, Abu Dhabi. Courtesy: Znet

How To Turn Off The ISIS Tap