Scrapping Article 370 forms part of the BJP's political manifesto. However, the party, in alliance with the regional PDP, remained silent on the demand in the Agenda of Alliance agreed to in 2015. 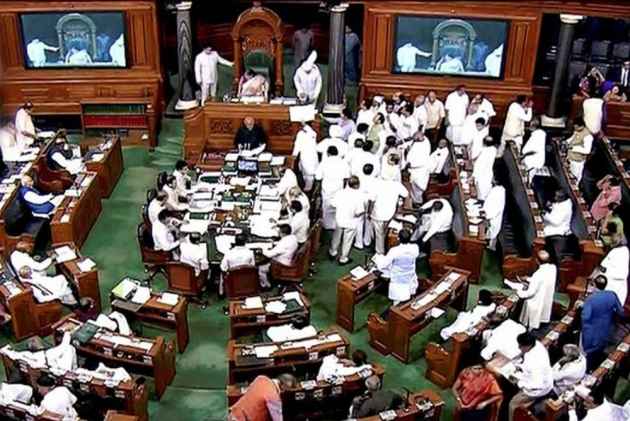 There is currently no proposal to scrap Article 370 which gives special status to Jammu and Kashmir, Union Minister of State for Home Hansraj Gangaram Ahir informed the Lok Sabha today.

Ahir was replying to a written question by BJP MP Ashwini Kumar, who asked whether the government was committed to scrapping Article 370 of the Constitution.

The MP from Karnal in Haryana also asked what was the present status and the procedure laid down for scrapping Article 370.

"There is currently no such proposal under consideration of the Government," Ahir said in his one-line reply.

Scrapping Article 370 forms part of the BJP's political manifesto. However, the party, in alliance with the regional PDP, remained silent on the demand in the Agenda of Alliance agreed to in 2015.

In a separate question on statements made by the Centre's interlocutor Dineshwar Sharma on violence in Jammu and Kashmir, Ahir said Sharma had recently visited border areas in view of recent cease-fire violations and suggested some measures for the local population. These included shifting residents and constructing bunkers.

The question was asked by Congress' Jyotiraditya Scindia and Gaurav Gogoi.

Ahir said the government was keen to bring peace in the state and was ready to hold dialogue with all sections of society who shun the path of violence.

The government has also continuously encouraged policies to bring youth to the mainstream. These include providing employment opportunities to wean them away from militancy, he said.