And in our opinion, the custom design looks sportier and more attractive than the original one 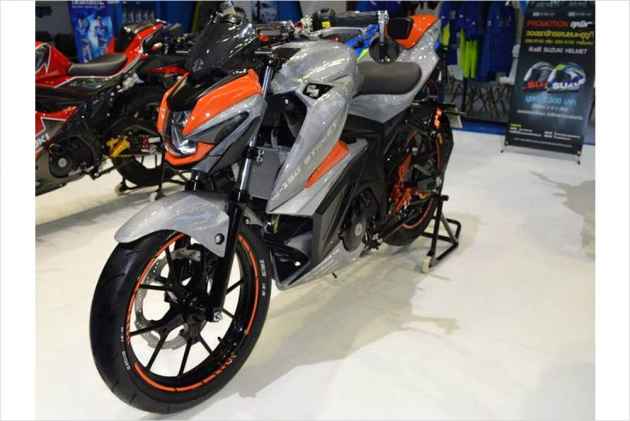 While we get the Gixxer 150 for India, Thailand gets a very different take on Suzuki’s small capacity street-naked, the GSX-S150. Unlike our baby Gixxer, this baby GSX-S comes with a liquid-cooled, fuel-injected 147.3cc single-cylinder motor that’s good for 19.17PS of power at 10,500rpm and 14Nm of torque at 9,000rpm, and is mated to a 6-speed transmission.

And at the recent Thai Motor Show, Suzuki Thailand showed off a customised version of this little naked which looks a lot sportier thanks to its orange and grey dual-tone colour scheme and panels finished in a carbon-fibre texture. This custom bike retains the GSX-S1000’s all-LED lighting system but adds a bit more mass to its curvy bikini fairing. Even the design of the belly pan has been changed for it to help merge into the side fairings. It also gets aftermarket bar-end mirrors and the fully digital console has been replaced by a semi-analogue unit for a more traditional sport feel. 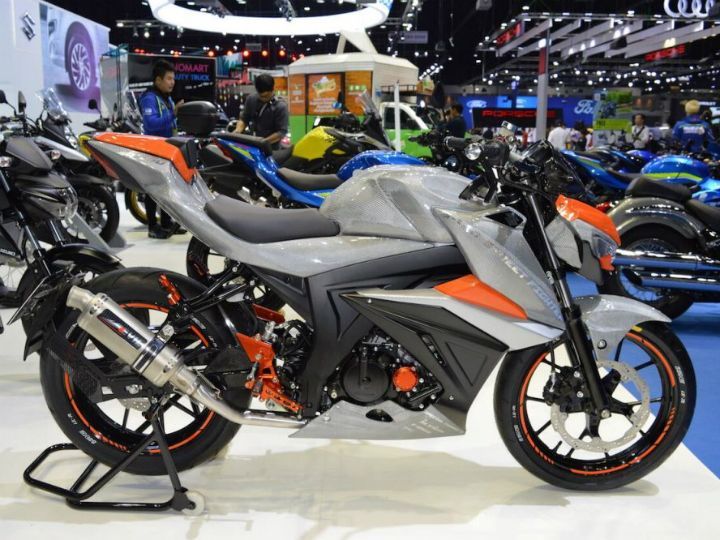 The engine of the bike on display was hidden under a massive side fairing, which, while retaining the original tank extensions, manages to make it look more muscular than before. However, we can’t say we’re big fans of the “S-150 Street Fighter” text emblazoned on the tank extensions. The show bike even gets machined aluminium aftermarket footpegs finished in orange which are significantly more rear-set than the standard bike. The pillion seat has been covered with a cowl and instead of a standard numberplate holder on the rear mudguard, a tyre hugger is used to mount the number plate. 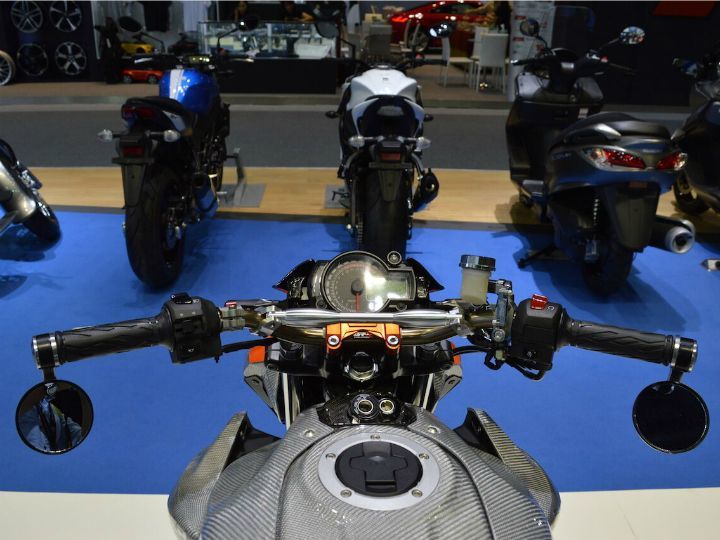 While the exhaust has been replaced with a smaller and apparently lighter aftermarket unit, the rest of the mechanicals appear unchanged. Apart from a few cosmetic additions, the motor looks like it’s the same as the standard, and even the telescopic forks and rear monoshock, along with the petal brake rotors at both ends, are carried over from the production bike.

This concept GSX-S150 takes the overall aesthetics of the standard bike a lot closer to the its bigger sibling, the GSX-S1000, thanks to all its added mass. This is one bike that, even in its standard form, we’d like to see in India. Suzuki, are you listening?