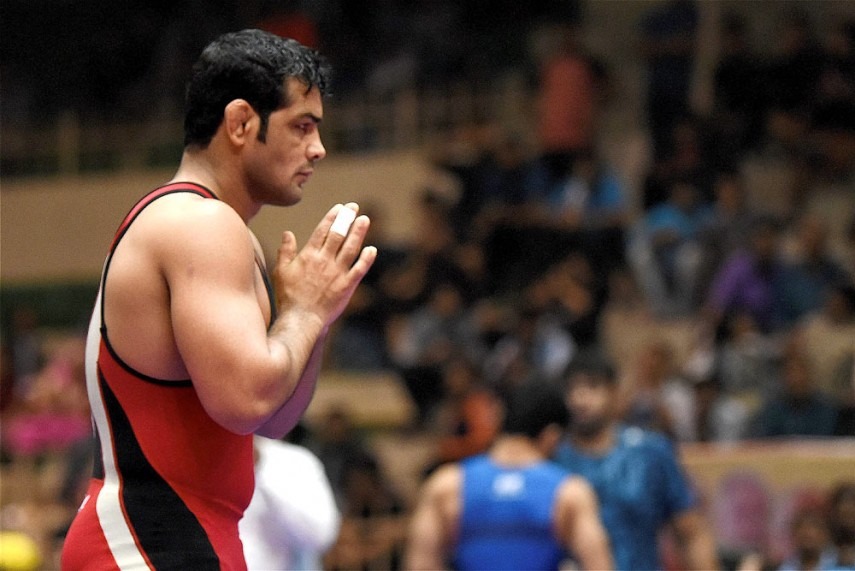 Sushil took a minute and 20 seconds to defeat Johannes Botha of South Africa on technical superiority to claim his third successive gold medal at the Games.

Aware, on the other hand, prevailed 15-7 over Canada's Steven Takahashi in an exciting contest during which the Indian was troubled by a groin niggle but chose to carry on with more than a minute left on the clock.

"I have been waiting for this medal for the last 10 years. I can't describe how it feels to claim it. I missed out on 2010, even in 2014, the team was sent without trials. So, I am very happy that I could finally fulfil this dream," said the 26-year-old Aware, who is also the reigning Commonwealth championships gold-medallist.

"I dedicate this to my guru who passed away in 2012, I am happy that all the efforts I put in got the result I wanted," he added.

However, Babita settled for silver after being outmanuevered by Canada's Diana Weicker in the summit clash.

Babita, who claimed a silver in the 2010 edition before a gold in Glasgow, failed to break through her rival's defences, going down 2-5 in the contest.

"I think my weakness today was my attack, I should have been more aggressive but I gave my 100 per cent. I am satisfied with the intensity I put in but obviously I could not get the result I wanted," she said.

"I had a bit of a problem in my knees too but injuries are a wrestler's ornaments. We live niggles, there is nothing there," she added.

While Babita's bout lacked spark, Aware's showdown with Takahashi was thoroughly engaging. The Indian trailed 6-7 at one stage but claimed points on takedown to recover and keep imself ahead.