Heavy downpur is taking place in some isolated parts of south Bengal, including coastal areas of South 24 Parganas and Purba Medinipur districts, and parts of Purba Bardhaman as an effect of Cyclone Jawad. 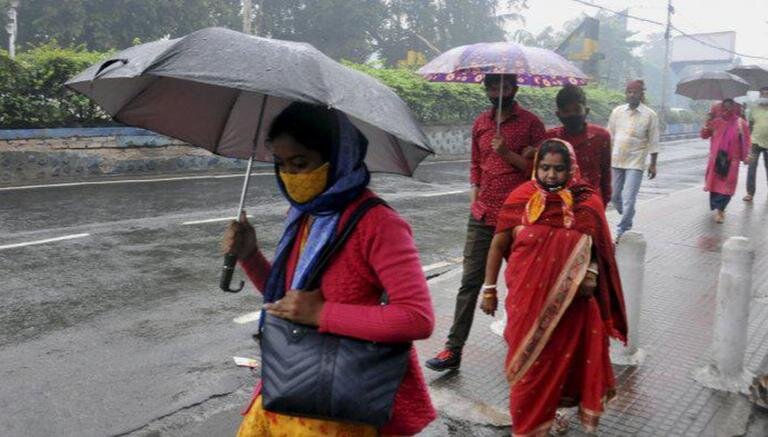 As a precautionary measure, the West Bengal government stopped ferry services on the Hooghly River and urged tourists not to visit seaside resorts.

The India Meteorological Department(IMD)  predicted that the cyclonic storm will move north-northeastwards towards the West Bengal coast before weakening into a deep depression during the day.

"With the system likely to move north-northeastwards along the Odisha coast towards West Bengal and develop into a well-marked low pressure area, light to moderate rainfall has begun in Kolkata, Howrah, North and South 24 Parganas, and Purba and Paschim Medinipur districts," an official said.

Heavy rain will occur in some isolated parts of south Bengal, including coastal areas of South 24 Parganas and Purba Medinipur districts, and parts of Purba Bardhaman, he said.

The state administration asked tourists not to visit seaside resorts such as Digha, Mandarmani, Bakkhali, Frazerganj, and other coastal areas on the weekend.

However, with the MeT Department forecasting that there won't be a cyclonic storm in West Bengal, tourists were seen wading into waters and taking photographs of the choppy sea in Digha in Purba Medinipur district and Bakkhali in South 24 Parganas, ignoring the warnings of disaster management personnel camping there.

The IMD predicted that wind speed will not exceed 55 kmph in coastal areas as the system approaches West Bengal.

The West Bengal government has evacuated around 17,900 people from coastal areas of South 24 Parganas and Purba Medinipur and opened 48 relief centres in the two districts, another official said.

The administration has also opened 115 multipurpose cyclone shelters and 135 additional temporary relief shelters to deal with any "emergency-like situation", he said.

"We have kept everything ready to face any problem due to heavy rain in the next couple of days. Weekly offs and other holidays of all staffers have been cancelled," he said.

While almost all fishermen have returned to Kakdwip, Digha and other coastal areas, the authorities are coordinating with fishermen associations to find out if anyone is still in the deep sea.

Chief Minister Mamata Banerjee is constantly monitoring the situation and officials of the municipal bodies are on guard, state minister Firhad Hakim said.

In the last two years, West Bengal has witnessed three devastating cyclones -- Bulbul in November 2019, Amphan in May 2020 and Yaas in May 2021 – that left behind a trail of death and destruction.