The AQI at Victoria Memorial monitoring station on December 6 last year was 254, and 175 in 2019 while it dipped down to 185 after rain induced by Cyclone Jawad washed over the city. 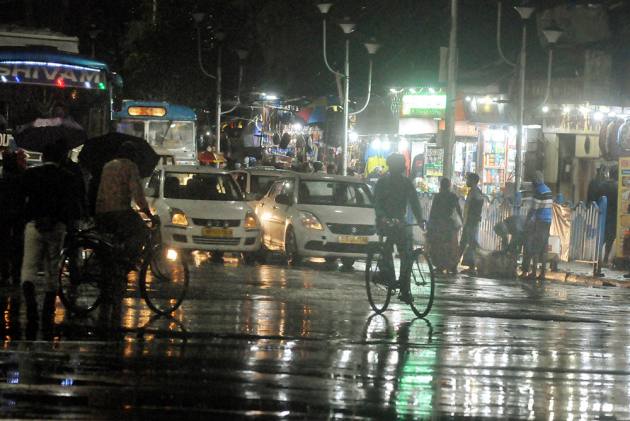 According to the narrative of pollution control board officials and environmentalists, Cyclone Jawad came as a blessing in disguise for Kolkata's air quality. As Kolkata's air quality significantly improved by a margin of around 80-90 per cent after Jawad-induced rain lashed the city in the last couple of days

The Air Quality Index (AQI) of 20 (good) was registered at Victoria Memorial, 43 (good) at Ballygunge, 33 (good) at Rabindra Sarobar, and 51 (satisfactory) at Rabindra Bharati University at 7 AM on Tuesday, as per data provided by the Central Pollution Control Board.

"A maximum of 90 per cent and a minimum of 80 per cent improvement in the AQI of Kolkata was reported after the cyclone-induced rain lashed the city. This was a record low for the city in the month of December in the last 40 years," Environmentalist S M Ghosh told PTI.

West Bengal Pollution Control Board (WBPCB) Chairman Kalyan Rudra said that the improvement in AQI was very encouraging and air pollution was certainly one of the lowest, and the unseasonal rain definitely played a part in it.

He, however, said there was no mechanism to monitor real-time air quality four decades ago.

The average PM 2.5 level was at 19 mg per cubic meter, which is one of the lowest in the air pollution history of the eastern metropolis, the WBPCB said.

Even Howrah's Ghusuri, which normally records heavy air pollution due to the presence of several foundries where junk metals are processed, the AQI was 40 (good).