Bigger beaches such as Versova and Juhu were the worst affected while trash was also spotted at Dadar Chowpatty, Marine Drive, Nariman Point, Madh Island and Marwe. 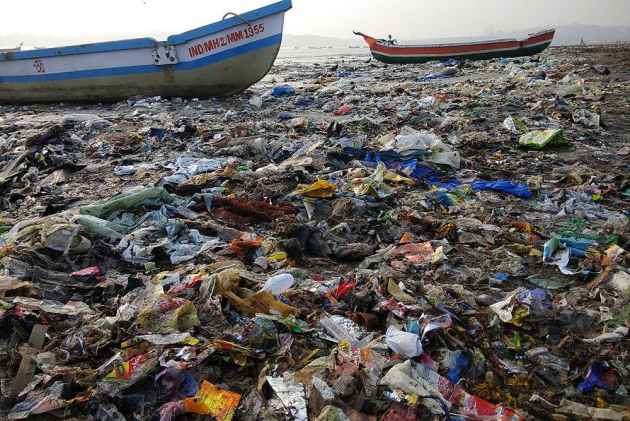 The BMC and environment activists are facing a tough time clearing large heaps of garbage that was washed ashore the city’s shoreline by Cyclone Ockhi. The Brihanmumbai Municipal Corporation’s (BMC) solid waste management (SWM) department estimates that more than 80,000 kg of waste from the ocean has been dumped on the city’s coastline between Tuesday night and Wednesday morning, reported Hindustan Times. Bigger beaches such as Versova and Juhu were the worst affected while trash was also spotted at Dadar Chowpatty, Marine Drive, Nariman Point, Madh Island and Marwe.
“The waste that was floating in the middle of the ocean has got dumped on our beaches because of intense wave action. We have informed all the ward offices to clear the garbage,” a senior SWM official told HT, adding that a total of 26 truckloads have been collected from different beaches so far. “The process will continue for the next three to four days.”

Mumbai recorded the highest-ever December rainfall on Tuesday, in just 12 hours, reported The Times of India.

As Ockhi came close to the city on Tuesday, it brought in a day full of rains and gusty winds, leading to a steep drop in temperatures.