As many as 3 lakh people have been evacuated in Odisha on Wednesday in view of severe cyclonic storm. 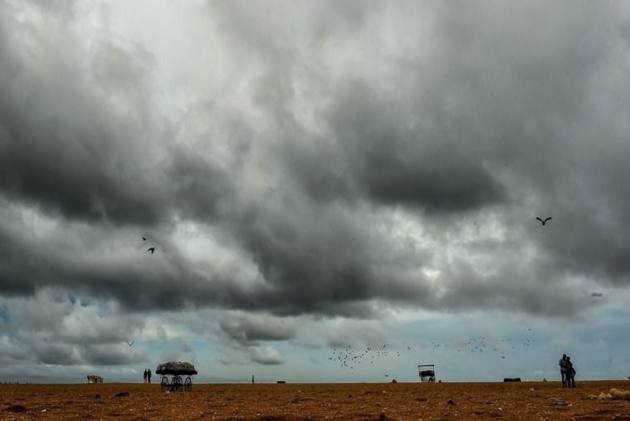 The cyclone, which made landfall between Andhra Pradesh and Odisha early on Thursday, uprooted trees, electricity poles and communication towers and also damaged crops.

#Visuals from Ganjam's Gopalpur after #TitliCyclone made landfall in the region at 5:30 am today. 10,000 people from low lying areas had been evacuated to govt shelters till last night. #Odisha pic.twitter.com/HEYog0DNe7

Srikakulam and Vijayanagaram districts were affected by the cyclone, which hit the coast near Palasa close to the border with Odisha. Srikakulam district bore the brunt as the strong winds uprooted a large number of coconut trees.

Officials said five deaths were reported from Srikakulam district while three persons were killed in neighbouring Vijayanagaram district. Six fishermen were among the dead.
Parts of the two districts received heavy rainfall triggered by the cyclone.

Uprooted trees fell on the roads, disrupting the vehicular traffic. The state-owned road transport corporation suspended all bus services on the Andhra-Odisha border area.
Several trains were cancelled or diverted due to cyclone.

According to East Coast Railway, railway stations were damaged at several places. The station at Palasa suffered massive damage. Teams of railway officials were studying the impact of cyclone between Palasa and Brahmpur.

According to the Visakhapatnam Cyclone Warning Centre, Titli crossed between North Andhra and South Odisha coast near Palasa with wind speed of 140-150 km per hour.
Local cautionary signal number three kept hoisted at Kalingapatnam port but the warning was withdrawn from Bheemunipatnam, Visakhapatnam, Gangavaram and other ports.

Chief Minister N. Chandrababu Naidu reviewed the cyclone situation at a meeting with top officials in Vijayawada. He directed officials to launch relief operations and closely monitor the situation.

"Till now 3 lakh people have been evacuated as cyclone Titli is likely to make landfall at 5 am tomorrow," said a statement from the Chief Minister's Office.

The Chief Minister also reviewed the position of the reservoir and asked the authorities to closely monitor the situation.

SRC Bishnupada Sethi has asked collectors of affected districts to ensure that 836 numbers of multi-purpose shelters are kept ready to accommodate maximum people.

Besides, fire service teams across Odisha have been asked to remain in the alert, said the SRC office.

While all district collectors have been asked to keep the administrative machinery in preparedness, District Emergency Operation Centres of all districts and control rooms of different departments have been activated round the clock.