In order to escape the consequences of discrimination, Muslims were being forced to conceal their religion, claims an editorial. 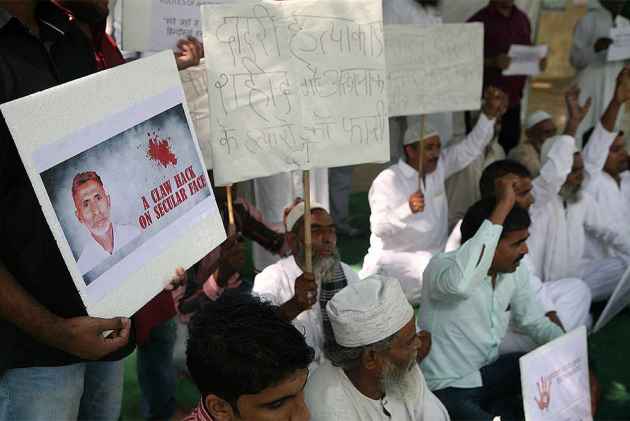 Muslims are being forced to conceal their identity and take up assumed names to get employed, reports Sangam from Patna

Reacting sharply to the Prime Minister washing his hands off the Dadri incident, Patna daily Awami News, in a hard hitting editorial raised several pointed questions. Going by the Prime Minister's argument that the Uttar Pradesh Government was responsible for the lynching of a Muslim man in Dadri, the editorial sardonically asked, surely the then Gujarat Government was responsible for the post-Godhra riots in 2002 ?

The editorial went on to strike a note of caution and said that growing intolerance and the tendency to legitimise the lunatic fringe for short term political gains, was fraught with dangerous consequences. Writing before President Pranab Mukherjee's second comment on the need for tolerance, the editorial reiterated that protection and promotion of the country's diversity and maintenance of cultural cohesion was urgently required for the healthy growth of the nation.

Had the Dadri victim not been a Muslim, the lynching would have led to a major conflagration, commented the editorial. It went on to warn that time was running out and effective measures were urgently required to insulate the country from the poisonous effects of communalism.

The daily newspaper devoted half a page to an article that said that in order to escape the consequences of discrimination, Muslims were being forced to conceal their religion and pretend to be the followers of some other faith.

The article then recounts the story of Ayesha, a Bengali Muslim who had to put up a Hindu mask to get a job. It claimed that Ayesha living 50 kms away from Kolkata had to become Laxmi to get a sweeper's job in a hospital. As Ayesha, the woman ran from pillar to post to get a job but without any luck. But the job was offered to her soon after she looked for the job under the assumed name of Laxmi.

The article went on to narrate the story of Farhan Ali, a dhaba owner on the highway near Allahabad, who had to install posters of Hindu deities to get the patronage of truck drivers passing through the route. The moment truck drivers would come to know that the dhaba was owned by a Muslim, they would stop patronising his dhaba, Ali is quoted by Sangam as saying.

But concealing identities , it pointed out, was easier said than done and was rare. Identities can rarely be concealed without manipulation and tampering of records, which was not easy. Gujarat, it claimed, led the list of states where Muslims have to conceal or camouflage their identity. And if Muslims are visible in the world of entertainment and sports, it is only because of their excellence and above average performance, pointed out the write up. It also referred to the case of Zeeshan who was summarily denied a job in the private sector in Mumbai for being a Muslim.

Inquilab meanwhile published an imaginary conversation between a cow and buffalo, the latter voicing envy at the cow grabbing headlines. The cow then goes on to reveal its anguish and admits that the faith and respect ostensibly enjoyed by her was all hogwash and just a vote grabbing technique. "People who call me mother abandon me to wander from place to place," wails the cow. The unmistakable sarcasm, however, is best read in Urdu lest it lends itself to mischief.