Oriol Mena delivered his best stage of the Dakar while CS Santosh keeps it steady. On the other hand, Arvind KP’s dream of Dakar glory came to an abrupt end as he crashed and hurt his ankle 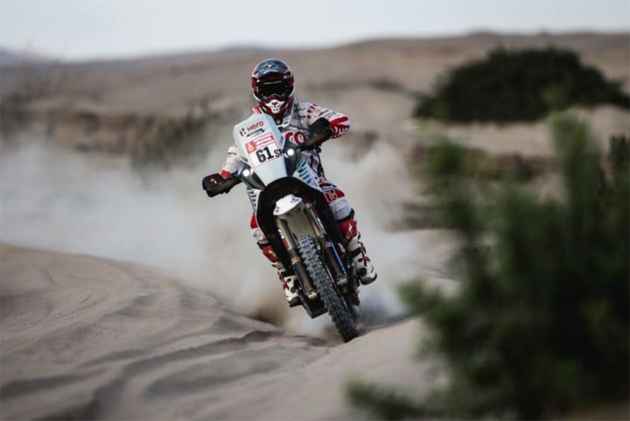 The 5th stage of the 2018 Dakar Rally kicked off from San Juan De Marcona to Arequipa, the rally’s last stop in Peru before moving into the Bolivian landscapes. Oriol Mena from Hero proved to be in full swing despite this being one of the toughest stages of Dakar 2018. He finished in 11th position, his best stage yet and the second occasion that he has finished a stage in top 15. In overall standings, Mena now stands at 21st position with the completion of stage 5. 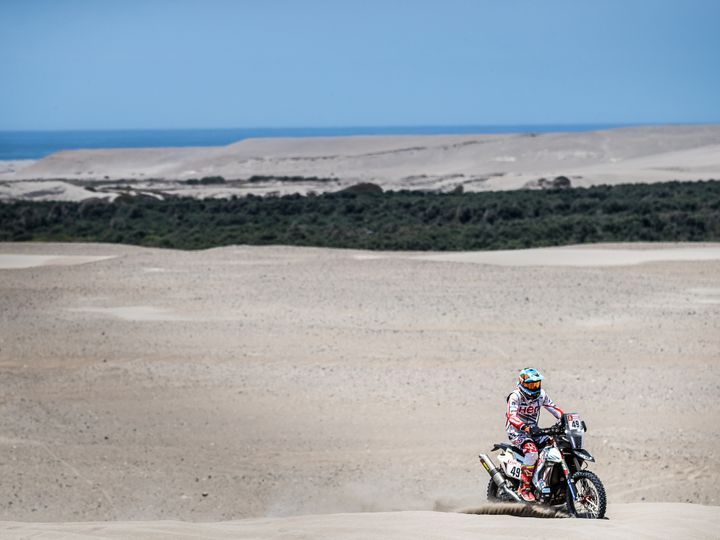 Speaking later, Mena shared his thoughts on the 5th stage: “It was probably one of the toughest stages of the Dakar 2018 and new experience for me. I am really happy to finish well without any major mistakes. The first part was yesterday’s stage in reverse with a lot of navigation involved. Tracks from yesterday and today made it even worse for the navigation. The last 53km was made of extremely soft sands and there were cars and trucks stranded everywhere, but I managed that section well. Now we have about 450km to make it to the Bivouac at Arequipa and it will be another day in the bag.” 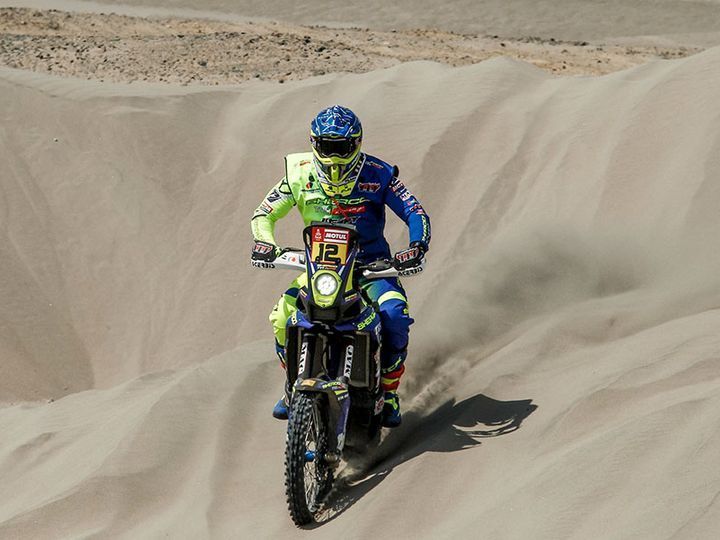 On the other hand, the 774km stretch forced Aravind KP from TVS to abandon the race after falling off his bike and breaking his ankle. David Casteu, the team manager, said, “The whole team is thinking about him and wishes him a speedy recovery.” Aravind had also hurt his wrist last year after falling off the bike and had to withdraw from the race, leaving his dreams of completing the entire Dakar route unfilled. We wish the Indian rider a speedy recovery and we are sure he will be back stronger for next year's race.

Meanwhile, CS Santosh played it safe, keeping a steady pace as the rally neared the halfway mark, finishing the stage in 52nd position. Despite the fall in stage 4, today’s performance helped him gain 5 positions overnight, taking him to the overall ranking of 51st at the end of stage 5. 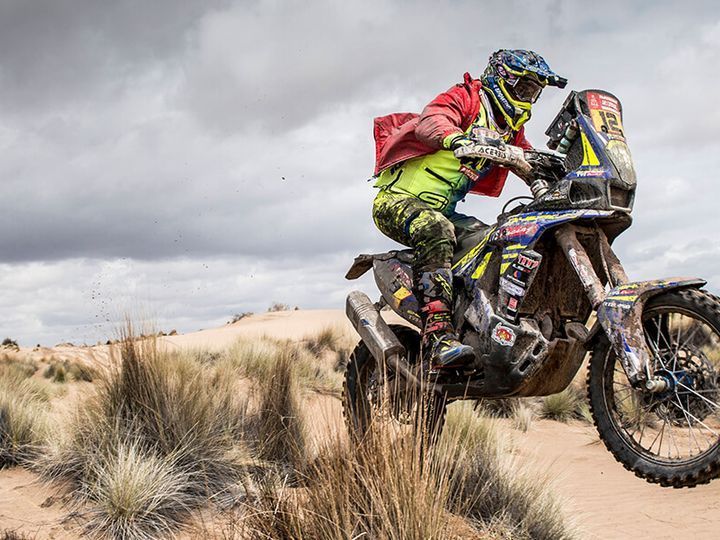 On the completion of stage 5, this is what Santosh had to say: “It was a really hard day. I was feeling a bit tired in the morning as I didn’t have a good sleep, so it took me a little time to get going in the stage. The stage was tough, especially the last 50km or so. The dunes were really churned up and the sand was incredibly soft. It took everything that I had and the machine had to make it through today. One more day to go before the much deserved rest day!”

The organisers also separated the route for the quads and bikes in the 5th stage. As a result, the trucks and cars were the first to discover the stage, even before their riders, as they made their way through the sands of Tanaka, traversing through 30km or so of mountain dunes. It was a long road to Arequipa for everyone though, with 508km of liaison section, which was also the longest yet of Dakar 2018. Furthermore, 226km of specials made up for a total of 774km in Stage 5.

Joan Pedrero from TVS finished in 18th place with an overall standing in 15th position. On completion of stage 5 he said, “I am happy to have arrived and to have been able to keep my bike intact. It was a very difficult stage, the dunes are very tough and the course was very difficult to negotiate. We did stay in the top 20 but fell back  a little in general.”

Stage 6 will see riders entering Bolivia, which will be the riders’ first resting ground in the world’s highest capital city of La Paz. This stage onwards, the rally will step up to become faster as it leaves the sands behind to tackle the Bolivian Altiplano at the altitude of 2500m and above.