Following the intervention of the Supreme Court, the Dalit woman activist had defied a temple tradition in Kerala that banned the entry of women into the menstrual age group. But life has not been easy since. 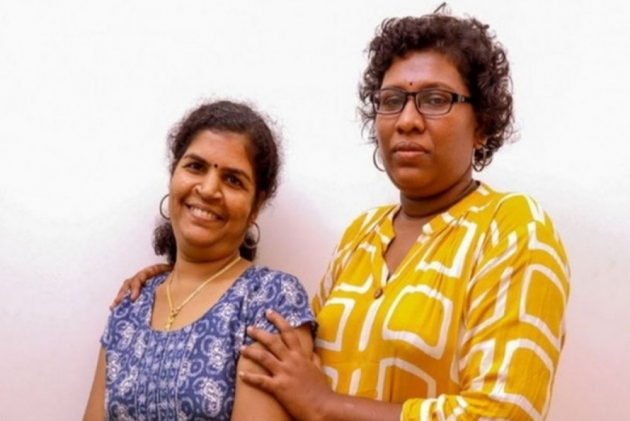 On January 2, 2019, two women, Bindu Ammini and Kanaka Durga, entered Sabarimala Ayyappa Temple in Kerala with police escorts and uner the cover of darkness. This was the first time that women between the age group 10-50 visited the temple that traditionally banned their entry. Their long climb to the hill shrine, three months after the Supreme Court lifted age barriers on the entry of women was viewed by many as a quantum leap towards gender justice.

Indira Jaising, senior lawyer and the first woman Additional Solicitor General of India, described their temple entry as an “Ambedkar moment for Kerala”, comparing it with Dr BR Amdedkar’s defiant temple entry movement in Mahad in Maharashtra’s Raigad district. “The significance of the moment is not, however, diminished by the fact that they did not have a crowd following them. The right-wing backlash to the Sabarimala judgment had already begun,” she wrote in a personal account for The Leaflet after meeting the two brave women at an “undisclosed destination” soon after their temple visit. Jaising also represented them in the top court, seeking police protection for both.

But for Bindu and Kanaka, life seems to have completely changed over the last over three years. Kanaka, who had been ostracised by her matrimonial family over the temple visit, got divorced from her husband in 2020. And Bindu has become a target of hate crimes. In the past three years, she has been repeatedly attacked online and harmed in the real life.

In the latest incident, she was attacked by a man at Kozhikode beach on January 5 in full public view. On social media, a viral video of the assault filmed by an onlooker showed the bare-legged assailant pinning Bindu down by her neck in an attempt to bang her head on the ground.

“It’s the workers of Sang Parivar who have been attacking me. They just want to set an example as to how the women challenging patriarchy are taught a lesson. But I have no regrets. We went to the temple for gender equality. And we will continue to fight for gender justice,” Bindu, 45, a lecturer at Government Law College Calicut and a Dalit activist, told Outlook resolutely.

She recalled how an autorickshaw rammed her on December 18, 2021, causing head injuries. She ruled out the possibility of an accident, saying, “It was a murder attempt. I was walking home when the autorickshaw came from the frontside and hit me.” The police filed a case for attempted murder but no arrest has been made in the case as yet, she said.

Bindu said she had informed the special branch on December 10, International Human Rights Day, that there was a threat to her life. “Prior to this incident, I was stalked by a car. I had informed the police about it and the possibility of such an attack,” she said.

In September 2021, Bindu Ammini was assaulted by the driver and conductor of a bus operating on the Kannur-Kozhikode route. While they uttered obscene things, she said, the onlookers didn’t intervene. She said she was asked, “Are you going to Sabarimala this year as well?”

In November 2019, she said, she was attacked by the members of a Hindu outfit. “They sprayed chilly powder on my face. They attacked me right in front of the office of the City Police Commissioner in Kochi. There has been no headway in the police investigation,” she said.

“They have been attacking both me and Kanaka Durga but I am being particularly targetted because of my Dalit identity,” she claimed.

“I’m not scared,” she said. “But this continuing social hostility has just made Kerala unlivable for me. I am facing a boycott from some activists as well. I feel I don’t have a space here. I’m seeking asylum and have communicated it to a lot of people. They are exploring the options.”

However, she said, her college colleagues, students, some social activists and local political leaders have started raising their voices in her favour.

Bindu believes that the deity in Sabarimala was “Shastha”, a Buddhist and the shrine original belonged to a tribal community that was later appropriated by the Brahmins. Shastha, she claimed, had two wives, wondering how the celibacy got associated with the deity.

As per a Supreme Court order, the state of Kerala is bound to provide police protection to Bindu. But weeks prior to the second attack on Bindu in 2019, the police withdrew the woman cop who was entrusted with protecting her. “She was removed on my complaint to the state police chief as she had started to control my movements and her behaviour was uncivil,” said Bindu, accusing her former guard of casting aspersions on her because of her caste identity.

“Kanakdurga has been given police protection but I have been left vulnerable to the attacks,” she said.

Besides physical attacks, Bindu has also been subjected to cyber-bullying. In addition to the death threats, she said, several right-wing handles have been circulating morphed sleaze videos to target her online. However, according to her, the police haven’t taken action against the perpetrators in this case as well.

Notably, the temple entry by Bindu Ammini and Kanaka Durga had triggered violent resistance from a section of devotees and right-wing outfits. The temple was shut for a ritual of “purification”. The Kerala government, which was determined to implement the Supreme Court’s order, relented soon after other women who also tried to enter the temple were attacked by the extremists.

In November 2019, a five-judge constitution bench headed by the then Chief Justice Ranjan Gogoi had referred the review petitions challenging the court’s decision on the entry of women of childbearing age into the Sabarimala temple to a larger bench. The bench clubbed the matter with other similar issues concerning religious freedom such as female genital mutilation, the entry of Parsi women who married inter-faith into the fire temple and the entry of Muslim women into mosques.

In January last year, a nine-judge Constitution Bench of the Supreme Court was constituted but the hearing has got delayed due to the pandemic.