The government has released Chandrashekhar “to pacify dalits ahead of the general elections,” but the “dalits are not going to fall for it,” said Bezwada Wilson 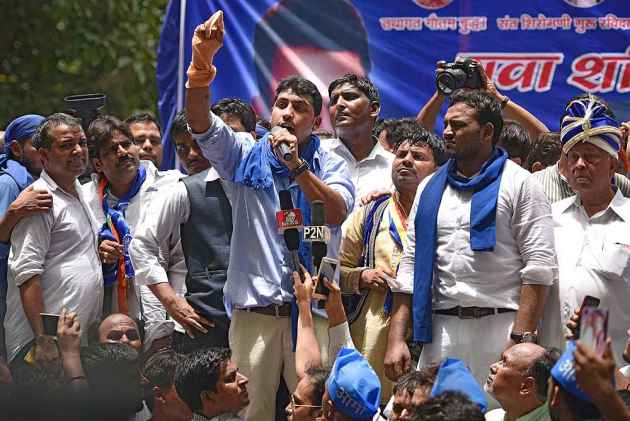 Magsaysay Award winner and founder of the National Convenor of the Safai Karmachari Andolan (SKA), Bezwada Wilson, has said that the government has released Chandrashekhar “to pacify dalits ahead of the general elections,” adding that the “dalits are not going to fall for it.”
Wilson said the state had wrongfully used National Security Act (NSA) to detain Chandrasekhar.
Chandrashekhar was arrested in June last year after caste clashes in Saharanpur, in which two people died and several others injured. He was set to be released in November this year. However, he was released Friday after the Uttar Pradesh government revoked the NSA charges against him.
Welcoming Chandrasekhar’s release, Dalit scholar Kancha Ilaiah said that he is against any kind of unlawful detention.
CPI (M) Lok Sabha MP Mohammed Salim called detention and arrest of Chandrashekhar as unwarranted. “Whoever questions the Modi government is labeled as anti-state and they will be put behind the bars. Chandrashekhar only questioned the manuvadi politics,” said Salim. He said the arrest under NSA was unlawful and added that his party has been demanding the release of Chandrashekhar since he was arrested.

Bezwada Wilson sought apology of the Uttar Pradesh government in keeping Chandrashekhar in jail for a year for organising party activities in a democratic and peaceful manner.
“Chandrashekhar is an Ambedkarite and he wasn’t waging any war against the state. Why was he arrested under NSA?," asked Wilson. “It’s not a benevolent act from the government as they want to project. They have political agendas behind the move,” he said.
Wilson also said that he sees it as a move to sideline BSP-SP in the upcoming general elections.
BSP leader Sudhindra Bhadoria declined to comment.