Eventually, he performed the last rites of his father on a government land near his house. 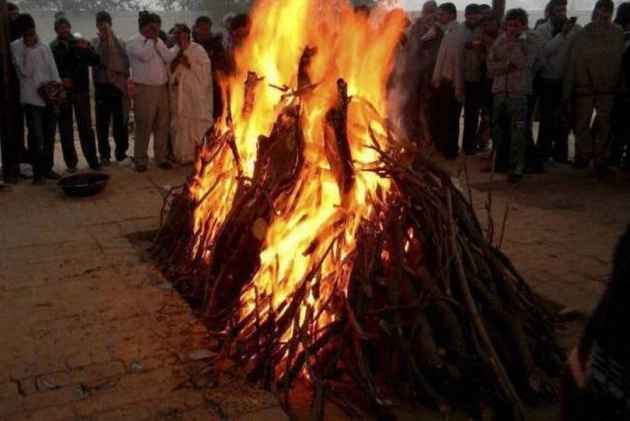 A Dalit man was allegedly forced to perform the last rites of his father on government land near his house after he was stopped from using the place earmarked for cremation in a village in Bhind district of Madhya Pradesh.

District Superintendent of Police Prashant Khare said the accused had encroached on the one-acre land earmarked for village crematorium, and had even sown wheat there last year.

After Balmiki's father Kaptan Singh (65) died yesterday, the accused stopped him from cremating his father on this land.

Lokendra and Tomar also hurled cast-related abuse at him, Balmiki said in his complaint at Endori police station.

Eventually, he performed the last rites of his father on a government land near his house.

Following the incident, a team led by Collector Ilayaraja T removed the encroachment from the land reserved for crematorium.

Lokendra and Tomar were booked under IPC sections 447 (criminal trespass), 506 (B) (criminal intimidation) and under the Scheduled Caste and Scheduled Tribe (Prevention of Atrocities) Act, Khare said.