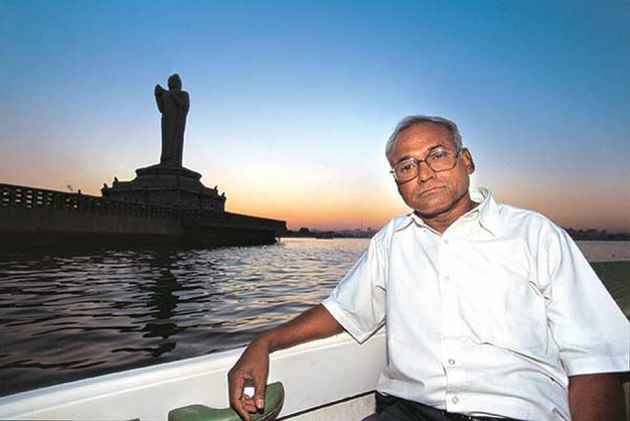 Dalit scholar and writer Kancha Ilaiah has lodged a police complaint alleging threat to life over his book on Arya Vysyas caste.

In the complaint lodged with the Osmania University police station, Professor Ilaiah said he received threatening and abusive phone calls from unidentified persons over his book 'Samajika Smugglurlu Komatollu' (Vysyas are social smugglers).

Following the complaint, the police have registered a case under section 506 (criminal intimidation) of the IPC against unidentified persons and launched an investigation, a police official said.

Arya Vysya associations had yesterday held protests in the city alleging that the title of the book and some of its contents were "derogatory and demeaning" to the community.

Demanding withdrawal of the book, the associations have threatened to lodge a police complaint against Ilaiah.

Ilaiah stated that he felt "terribly threatened" as some unidentified persons have been calling him continuously and speaking rudely since last evening.

"I feel terribly threatened with their abuses, phone calls and messages. They are doing fearful activities against me on the streets," he said in the complaint.

Meanwhile, a complaint was also filed against the Dalit thinker over his book. However, no case was registered as the police are still verifying the plaint.