Is this a civilised country, where everyday somewhere or the other a Black person dies from police brutality? 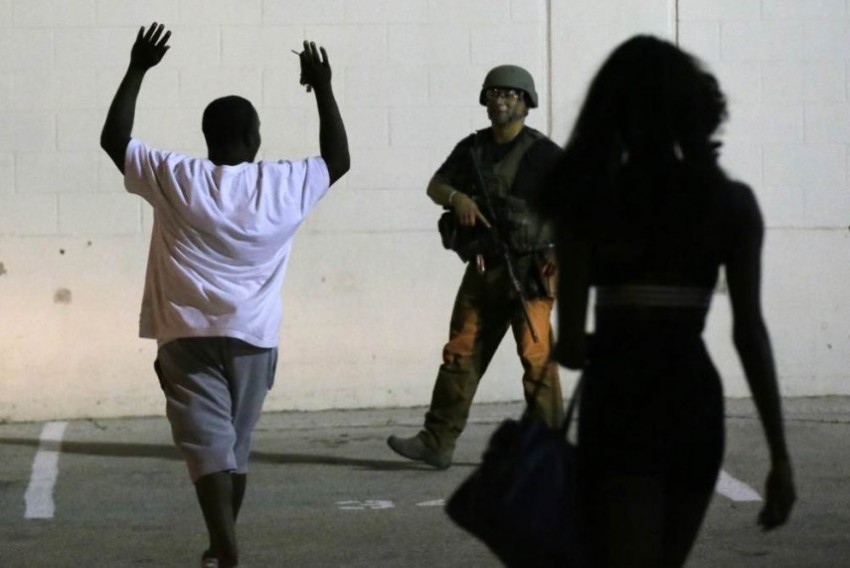 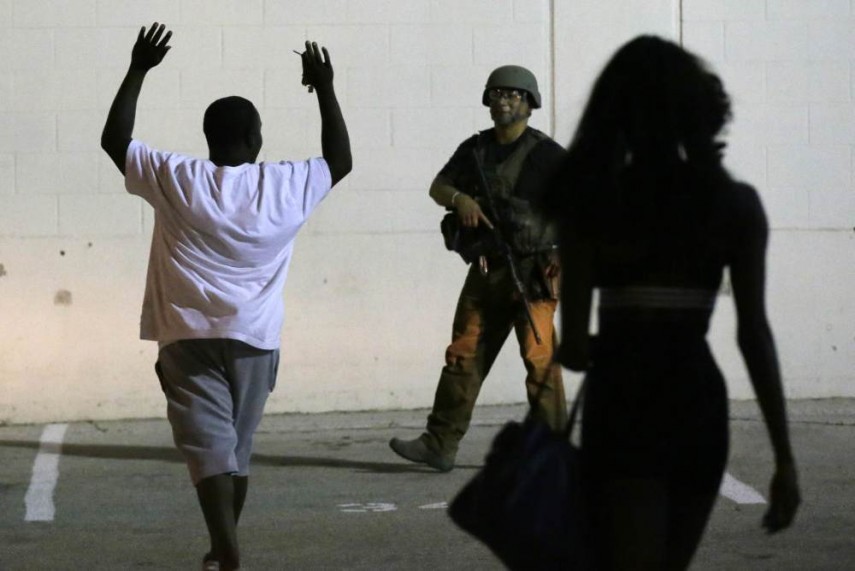 A Black man has shot and killed five police officers in the city of Dallas. Seven people were wounded. Some of them are in critical condition.

Naturally, the incident has inflamed America.

Those of us who live in America, and work with people on the streets – manslaughter, getting hurt, getting raped, thrown in jail, police brutality, gun violence, deportation, getting entangled in lengthy judicial process, etc. are not new. These are commonplace incidents. People who do not live in America do not know the extent of violence in this country. Ten million Black Americans rotting in U.S. jails. Men and women. Even children – 12 or 14 years of age. A large number of them are in prison without committing any serious crimes. Because they are poor, and so could not appoint a good lawyer. The lawyers the government allotted to represent their cases faltered in their responsibility.

Here in USA there are more Blacks in jails than in colleges – even today. Rev. Jesse Jackson's Rainbow Coalition published this information. A scandalous fact for any nation.

Indians, however, do not want to know about these facts. We stay away from blacks, and in all practicality, choose to detest them. We are afraid of them. Many of us avoid places where Blacks are a majority. The real point is, we loathe them. Many of our family friends are terrified to visit our home in Brooklyn. They refrain from saying anything but come up with excuses for not visiting. Those who find the courage to come, want to leave before night. Almost all of our neighbours are Black. For so many years we have been with them. We never had any untoward incidents. When we travel to India, we leave our home keys with our next-door Black neighbour. They look after our house when we are away.

Yet, the incident in Dallas will reiterate the fear and hatred amongst Indians, against Black Americans.

I do not support this mindless killing. Like any American with social consciousness, I strongly condemn it. Like President Obama said, we are all aghast about this “planned, horrific act of violence.”

Across the U.S.  — from New York to California, from Chicago to Dallas – people are condemning it. Candidates for the upcoming presidential election in November - Hillary Clinton, Bernie Sanders, Donald Trump, or Green Party's Jill Stein  —all have labelled it a dark chapter in America's recent history.

Of course, Trump has always been bizarre in his remarks. He said that this massacre happened because of the "Black adulation" from Hillary Clinton and the Democratic Party. He said Democrats do not find it to their taste to uphold the use of “justified police action” over Blacks. He said Bernie Sanders’ and Hillary’s support to the Black Lives Matter movement has been indirectly responsible for this attack. Otherwise, Trump said, no one would have dared to kill these policemen.

The 25-year-old killer, Micah Johnson, said he hated White people. He hated the police. He said that indiscriminate violence by the police on Black people forced him to show his anger like this. Now he's dead. Killed by a robot bomb set up by the police. What was astonishing was that before he was killed he said that he also hated the Black Lives Matter movement. The reason? He said Black Lives Matter was only big talk and no real action to put an end to this rampant police violence.

Innocent people are getting killed every day in this country, in the suburbs, in the cities -- in police firing or gun violence. The violence in daily lives has increased manifold due to the presence and easy availability of guns. No country, unlike USA, has so many guns, pistols, rifles, automatic weapons available randomly. An added fuel is drugs and racism.

If you start thinking about this, you will lose your sleep. We, who live in this country, can get killed any time anywhere from gun violence. They say there are more gun stores than gas stations in America. You can buy a pistol and large number of bullets along with your bottle of Coke and bag of potato chips from the same store, come back and have a barbecue party on a Sunday afternoon. No background checks done or police verification taking place – in many states.

Some of the recent mass killers got to use their guns bought and kept by their family members. Micah Johnson also did the same. Police found a large amount of arms in his Dallas home.

We do not support violence, murder, bombing, gun violence or war, ever. At the same time we are also against the barbaric, violent racism that has continued for more than 200 years in USA.

Is this a civilised country, where everyday somewhere or other a Black person dies from police brutality? To find the lifeless body of a Black youth on the steps of a housing project, or on the dark side of a road, or highway, left in an old car – how disturbing, how distressing! The killer police is never caught, or rarely, if caught, they are readily released, acquitted by the trial judge, making a farce of justice. Surprisingly the documentation of these ruthless, mindless killings do not stir the collective minds of the judge or jury.

Blacks are getting killed one after another. Just a few days ago, similar incidents happened in Baton Rouge of Louisiana, and one in Minnesota. Brutality is rampant in places like New York, Chicago, Baltimore, Miami, Saint Louis, and Los Angeles, in almost all Black-majority areas. Even Black women are being killed by the police.

For people like us who are associated with the struggle of common people, when we see the pictures of these atrocities, these brutalities, at times we also freeze. We see that every day the barbarism photos online, sometimes the people take to the streets to fight for the rest of the body, the mind becomes numb. This is the celebrated concept of American equality? This is the much talked about American pride – the model of diversity?

I had spoken to Noam Chomsky on this. He said that this is the shameful history of the United States of America. It has encouraged the growth of a polarised society. This polarisation is the weapon of the ruling class – to rule. His words reminded me of the eternal division between Hindus and Muslims in India. This division has been used for political gains. Or for that matter take the politics of caste in India. It's the same.

Micah Johnson’s hatred against Whites is much the same. His massacre is also similarly abhorrent. His killing of innocent police officers is also a horrible crime.

But who will speak up for the deaths taking place in the streets, in projects, in all corners of the country, simply because the colour of your skin is Black? Or, rotting in jail forever without a reason? Who is there to redress these crimes?

(The writer is a human rights activist and teacher based in New York City.)