Dastangoi is a lost art form of storytelling in Urdu, performed by either one or two people. 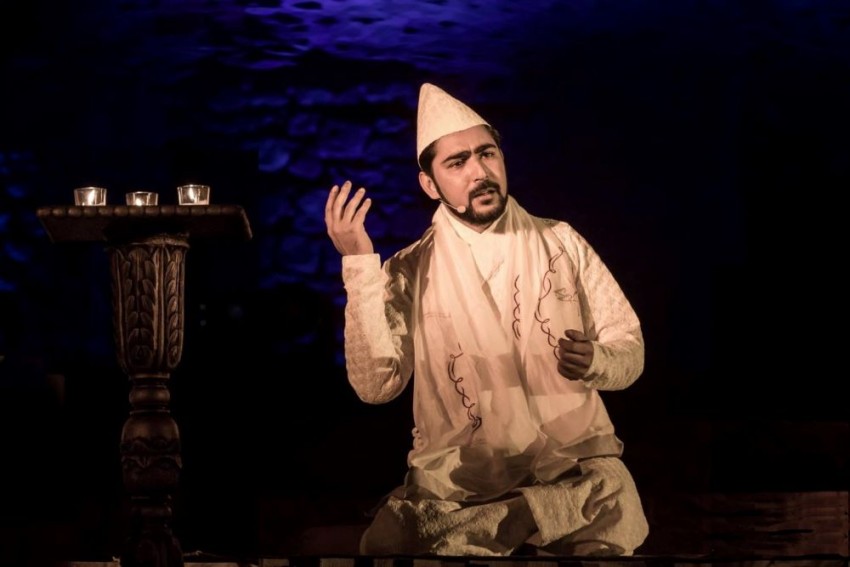 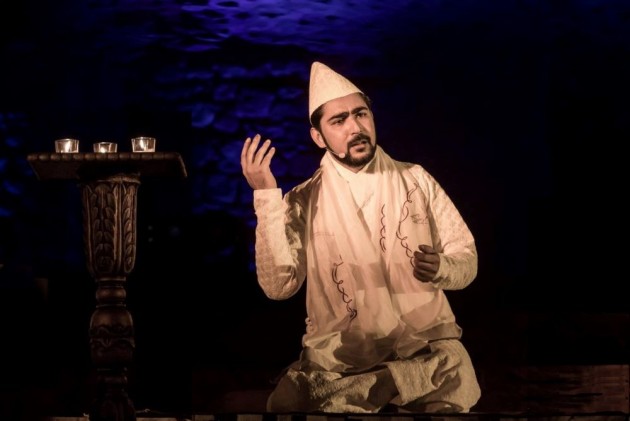 (It is a 700-year-old story, so listen very carefully. There was a city named Hamelin near the banks of the river Weser. Even though the city of Hamelin was very beautiful, but people there were unable to live peacefully.)

Philip Pullman, the famous writer once said, “After nourishment, shelter and companionship, stories are the thing we need most in the world.”

Dastangoi is one such lost art form of storytelling in Urdu, performed by either one or two people, that originated in pre-Islamic Arabia in the 13thcentury, and was extremely popular among the elites and commoners of Delhi and Lucknow. Over the early twentieth century, with shrinking audience and even less Dastangos, the art died down. Dastango would have been erased from the memory of Indians unless for the efforts of the famous Urdu poet and critic Shamsur Rahman Farooqi, his nephew, writer and director Mahmood Farooqui and his students, who revived this art form in 2005. 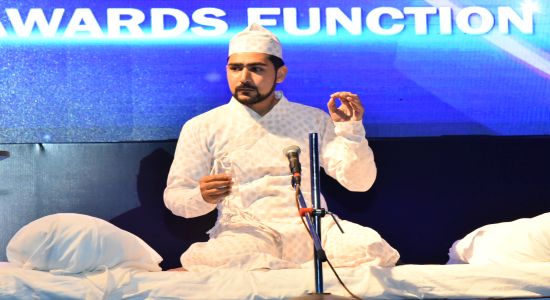 Since the start of this revival initiative, Mahmood Farooqui and his fellow actors have travelled to venues abroad and across India with their performances. Past venues have included the steps of the Jama Masjid in Old Delhi and the Mohatta Palace in Karachi, Pakistan. 12 years down the line, Dastangos have told and are still narrating their tales across the world using it as their own weapon to spread love and art.

Mahmood Farooqui, the man behind the revival initiative, says, “Dastangoi is a unique form of storytelling which is uniquely known for the endlessness of it. A Dastan can go on and on for an infinite period. It is not something that is to be read out, it is something that has to be heard, when someone is narrating it.”

Usually performed in a silver moon setting, a throne is kept on a crystal-clear marble floor, with a pan-daan and thick cushions on both sides. A person in velvety white clothes adorns the throne. A little gesture and a gentleman brings water in a shining silver bowl for the Dastango. He/She takes little sips of water, clears their throat and then begins spinning a yarn.

Heavily inspired by the verse epic Shahnamah, dastans eventually evolved into an adventure involving djinns, fantastic beasts, demons, parees (fairies), princesses, magicians, evil kings and wizards. Dastans are epic narratives and their performers are Dastangos. A good dastan employs at least one of these four arts: razm (warfare), bazm (elegant gatherings, elaborate feasts, and revelry), tilism (magic) and ayyari (trickery). A great one like the dastan of Amir Hamzah employs all four as per requirement to tell the story of Hamzah ibn Abd-ul Muttalib, the Prophet’s uncle. Farooqui says, “Tilism and ayyari is unique to India and has great importance in Indian Dastangoi. Whatever Dastan is narrated throughout the world, stresses more on razm and bazm.”

By the sixteenth century, versions of the Hamza story had begun to circulate in India. Mentioned first in the Deccan courts, the story reached the epitome of culture in the court of Emperor Akbar. By then, specialized tellers of the story, called Dastangos had emerged. Dastans were epics, usually and often oral in nature, which were recited or read aloud in mehfils and Dastangos were the performers. There is very little information on what ingredients are used to bake the perfect Dastangoi, but they were enough to weave out a separate genre for themselves. Akbar himself was exceedingly fond of the narrative and used to recite it himself.

A Dastango is expected to have an ocean of words and expressions at his fingertips. The only props that a Dastango uses are, his/her expressions and voice. Dastangoi dosen’t use any form of music or sound. Sentences with punch, enticing language and an ability to sketch images that keep the audience at the edge of their seats, curious about what will happen next––this, in a nutshell, is the art of Dastangoi.

Dastangoi operates completely in the realm of fantasy, which takes you to a parallel space, a world of another dimension, where you will find fairies and princes, sorcerers and tricksters, kings, slaves and warriors, clairvoyants and winged steeds.

However, one probable issue while watching a Dastango could be, the linguistic barrier. Performed usually in colloquial Urdu, which is lost in our generation, a deeper knowledge of the language is required to understand the humour in the performance.

Maintain eye contact with the performer, and refrain from clapping. Instead, appreciate it with the sound of “wah wahs”. 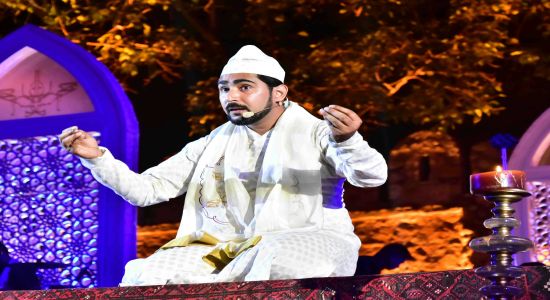 Syed Sahil Agha, a Dastango says, “Dastangoi is a way of preserving my heritage, i.e, “Viraasat” for me. It is one of the most interesting ways of presenting history, that will keep one engaged. The first dastangoi performance of my life was in my college, and since then I have found myself working for it. My source of inspiration was my grandfather. At Laal Mahal (my ancestral house), he and his friends used to sit all night long and narrate stories, and people loved to listen to them. So, when I got to know about the concept of Dastangoi, I found it was my responsibility that I should take forward my heritage, as people are ready to listen to history if presented in a proper way.” Agha was involved in transforming Dastango as an art of the elites to an art of the masses.

Dastangoi is one form of art, which is beyond the boundaries of language, just like music. Even if you do not understand the language in depth, you can still come and enjoy a piece of Dastangoi and go back home mesmerized.