Cases of murder, riot and kidnapping for ransom have reduced while instances of dacoity, attempt to murder, robbery and rape have increased. Heinous crimes number stands at 2,315 cases as compared to 2,436 last year 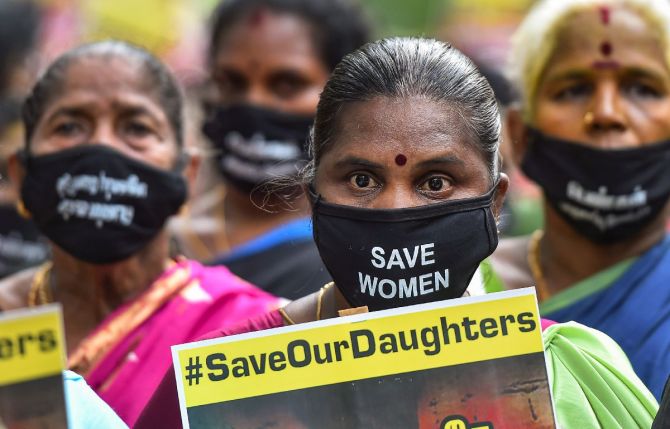 According to the official data released on Tuesday, the national capital has witnessed a whopping  40 per cent increase in cases of rape and harassment of women in the first five-and-half months this year to that of the last year, while the total number of heinous crimes has declined marginally,

The data suggests that  cases of snatching have increased by 46 per cent in the period between January and June 15 as compared to the same duration last year.

According to the data, a total of 2,315 cases of heinous crime have been reported this time as compared to 2,436 last year.

Cases of murder, riot and kidnapping for ransom have reduced, while instances of dacoity, attempt to murder, robbery and rape have increased, they said.

In the corresponding period last year, Delhi saw four cases of dacoity, 226 of murder, 236 of attempt to murder, 701 of robbery, 681 of riot eight of kidnapping for ransom, and 580 of rape.

The cases of rape have gone up by about 43 per cent this year, the officials said.

The cases of outraging modesty of women have increased by 39 per cent. This year, 1,022 such cases were registered as compared to 735 during the same period last year, it said.

There is huge margin in the number of cases of riot because the communal clashes had broken out in north-east Delhi on February 24, 2020 after violence between the Citizenship (Amendment) Act supporters and its protesters spiralled out of control leaving at least 53 people dead and over 700 injured.

The number of non-heinous crime have increased by over eight per cent.

Senior IPS officer Balaji Srivastava took additional charge as the commissioner of the Delhi Police on Wednesday after the retirement of incumbent S N Shrivastava.

Soon after taking charge as the police commissioner, Srivastava had held an agenda-setting meeting with the top police brass at the police headquarters. He discussed the priority areas and the road map for the Delhi Police in the coming days.

Street domination to curb street crime, direct public interface at the district level for grievance redressal, ensuring women safety, welfare of the personnel and initiating anti-terror measures are among the priority areas, police had said.

Srivastava also laid emphasis on the implementation of the Delhi Disaster Management Authority guidelines to ensure Covid-appropriate behaviour among all in letter and spirit, the officials had said.

In the last week of March 2020, a nationwide lockdown was imposed in view of the COVID-19 situation across the country.