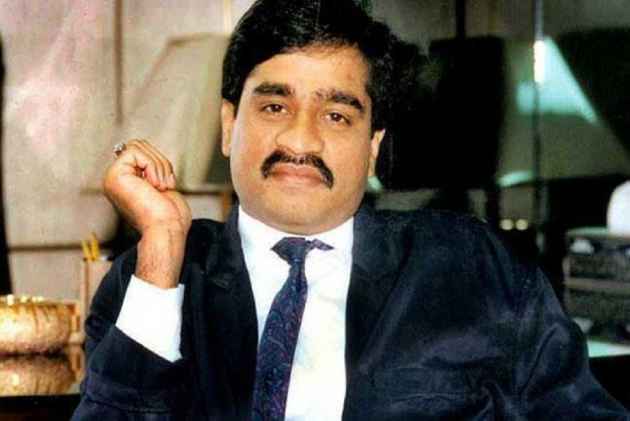 Dawood Ibrahim's brother Iqbal Kaskar and his aide produced in Thane court earlier on Wednesday in an extortion case have been sent to the Police custody till 10 Oct.

Fugitive underworld don Dawood Ibrahim and his brother Anees Ibrahim have been shown as wanted accused in the case of extorting Rs 3 crore from a prominent builder, in which their sibling Iqbal Kaskar is already booked, Thane Police said today.

This is the first such case of extortion in which the three brothers have been named, an official of Thane crime branch claimed.

The Thane Police's crime branch had yesterday registered an offence of extortion on the complaint of the builder against Kaskar and the gang members of Dawood, a police official said.

During the investigation in the case, the alleged role of Dawood and Anees also came to light following which both were shown wanted accused in connection with the offence, the official said today.

The complainant in the case is a builder who was arrested some months ago by Thane crime branch in connection with an urban land ceiling (ULC) scam, another official said.

Anees Ibrahim allegedly threatened the builder on various occasions to leave the claim on the land since the former had helped another party in connection with the deal, he said.

To allegedly put pressure on the builder, some men close to the other builder had gone to meet a close aide of Dawood in Dubai, the official said.

"We have asked for passport details of the suspects and we will investigate their travel route," he said.

Dawood is the key accused in the 1993 Mumbai serial blasts case.

Kaskar and his gang members were earlier booked in this fresh case of extorting Rs 3 crore from the builder in north Mumbai, the official said.

This is the third extortion case registered against Kaskar and his gang members after their arrest in connection with a probe into an extortion racket last month, a police official earlier said.

As per the fresh complaint from the builder, Kaskar had allegedly threatened and extorted Rs 3 crore from him over a deal of a 38-acre land in Gorai area, he said.

Kaskar and two of his aides -- Mumtaz Sheikh and Israr Ali Jamil Sayyad -- were arrested on September 18 by the Anti-Extortion Cell (AEC) of Thane Police, led by "encounter specialist" Pradeep Sharma and his team, in an extortion case of Rs 30 lakh and four flats from a builder.

They had also been booked following another complaint of extortion lodged by a Thane-based jeweller.

Recently, the AEC of the Thane crime branch had arrested Borivali-based businessman Pankaj Gangar in connection with the extortion racket.

Gangar, a close aide of "matka king" Pappu Savla, had been sending Rs 10-15 lakh per month to Dawood's aide Chhota Shakeel, the police had said earlier.

He used to transfer the money to Shakeel through illegal hawala transactions, they had said.

Chhota Shakeel, whose role had also emerged in the extortion racket case, had been declared a wanted accused, the official said.