All 12 Boys And Football Coach Rescued From Flooded Thailand Cave 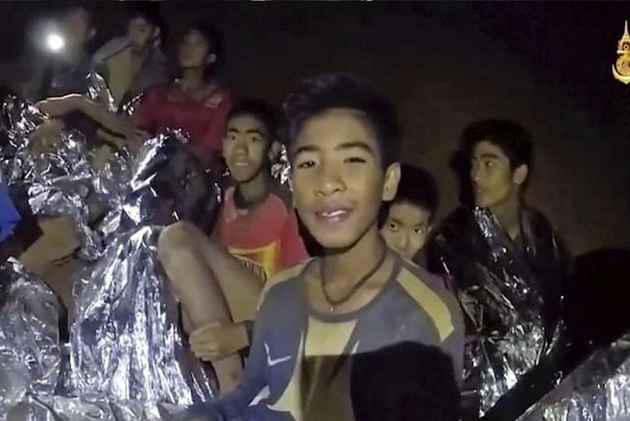 The final five members of a young football team were rescued from a flooded Thai cave on Tuesday after spending 18 harrowing days trapped deep inside, completing an astonishing against-the-odds rescue mission that captivated the world.

Elite foreign divers and Thai Navy SEALs extracted the final batch of four boys, plus the 25-year-old coach, Tuesday afternoon via a treacherous escape route that required them to squeeze through narrow, water-filled tunnels.

"All 12 'Wild Boars' and coach have been extracted from the cave," the SEALs said in a Facebook post, referring to the boys by the name of their football team.

"All are safe," they added, signing off with what has become their trademark "Hooyah" that they used to celebrate the successful extractions of the other eight boys over the previous two days. 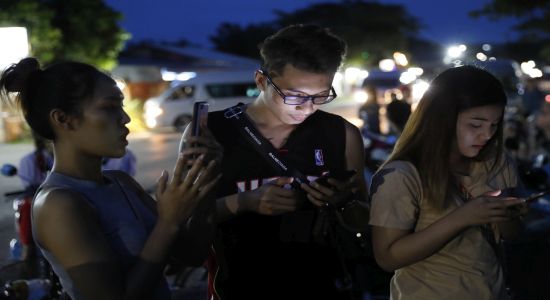 (People check their mobile phones for update while waiting at a military airbase during emergency helicopter evacuation in Chiang Rai province,  AP Photo)

The boys, aged from 11 to 16, and their coach, ventured into the Tham Luang cave in mountainous northern Thailand on June 23 after football practice and got trapped when heavy rains caused flooding forcing to take shelter on a muddy ledge.

They spent nine days in darkness until two British divers found them, looking gaunt but otherwise offering smiles to the divers and appearing to be in remarkably good spirits.

But the initial euphoria at finding them dissipated as authorities struggled to devise a safe plan to get them out, with the shelf more than four kilometres (2.5 miles) inside the cave and the labyrinth of tunnels leading to them filled with water.

Authorities mulled ideas such as drilling holes into the mountain or waiting months until monsoon rains ended and they could walk out, with the rescue chief at one point dubbing the efforts to save them "Mission Impossible". 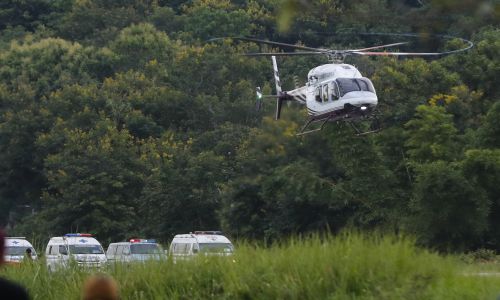 With oxygen levels in their chamber falling to dangerous levels and monsoon rains threatening to flood the cave above the ledge where the boys were sheltering, rescuers decided on the least-worst option of having divers escort them out through the tunnels.

The escape route was a challenge for even experienced divers. The boys had no previous diving experience so the rescuers trained them how to use a mask and breathe underwater via an oxygen tank.

One fear had been that they would panic while trying to swim underwater, even with a diver escorting them.

The death of a former Thai Navy SEAL diver who ran out of oxygen in a flooded area of the cave on Friday underscored the dangers of the escape route.

The ups and downs of the rescue bid entranced Thailand and also fixated a global audience, drawing support from celebrities as varied as US President Donald Trump, football star Lionel Messi and tech guru Elon Musk.

British Prime Minister Theresa May was one of the first world leaders to celebrate the success, and pay tribute to the divers who risked their own lives to save the boys. 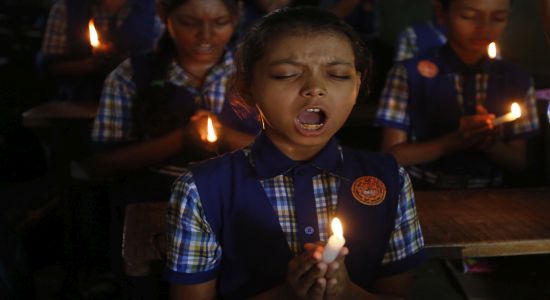 (Indian students pray for boys and their soccer coach who have been trapped since June 23, in Mae Sai, Chiang Rai province, northern Thailand, at a school in Ahmadabad. AP Photo)

"Delighted to see the successful rescue of those trapped in the caves in Thailand. The world was watching and will be saluting the bravery of all those involved," May said in a Twitter post.

Now they are out, concerns are set to focus on the physical and mental toll of the ordeal.

Experts warned that drinking contaminated water or otherwise being exposed to bird or bat droppings in the cave could lead to dangerous infections.

They also said counselling would be needed to deal with the psychological trauma of spending so long not knowing whether they were going to survive. But there were some promising initial signs.

Medical chiefs reported today morning that the eight boys rescued on Sunday and Monday were in relatively good mental and physical conditions.

"All eight are in good health, no fever... Everyone is in a good mental state," Jedsada Chokdamrongsuk, permanent secretary of the public health ministry, said before all 13 had been rescued.

Nevertheless, the boys would remain in quarantine in hospital until doctors were sure they had not contracted any infections from inside the cave.

Even before the final rescues, tributes began for the boys and their ability to survive the ordeal.

"I cannot understand how cool these small kids are, you know? Thinking about how they've been kept in a small cave for two weeks, they haven't seen their mums," Ivan Karadzic, who runs a diving business in Thailand and has been involved in the rescue mission, told the BBC.