Day After Fidayeen Strike, BSF Chief Says It's Difficult To Stop Such Attacks In J&K

An assistant sub-inspector was killed and three BSF jawans injured when the three terrorists entered the BSF battalion headquarters at Gogoland, adjacent to the airport. 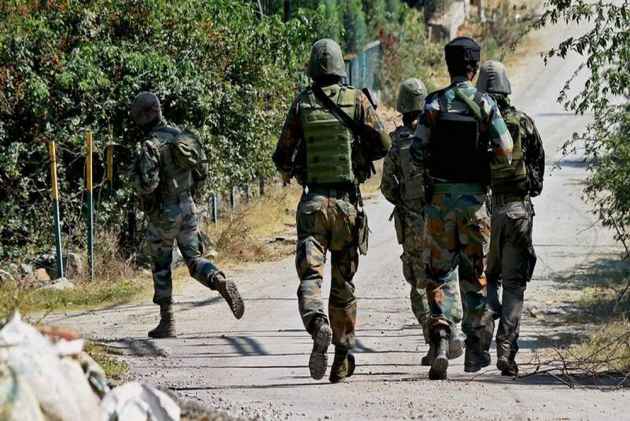 A day after three militants from an affiliate of the Jaish-e-Mohammad (JeM) group stormed a BSF camp near the Srinagar airport, killing an assistant sub-inspector, chief of the force KK Sharma said on Wednesday it is difficult to stop suicide attacks in the state and the only way to deal with them was the troops’ alertness.

“The fidayeen are determined. We can’t stop their attacks. They will always manage to come but it is the response which is important,” Sharma said after participating in the wreath-laying ceremony for assistant sub-inspector of BSF BK Yadav in Humhama, reports Hindustan Times.

Yadav was killed and three BSF jawans injured when the three terrorists entered the BSF battalion headquarters at Gogoland, adjacent to the airport. The old airfield, being manned by the Indian Air Force, is also located in the area.

“So long our friendly neighbour does not behave, I think we will expect we will have many more (such attacks),” said Sharma without naming Pakistan.

Piecing together the chain of events, police said militants entered the BSF's 182 battalion headquarters through a damaged perimeter wall and started firing in all directions.

Three BSF jawans were injured in the beginning of the attack and one militant killed in the retaliatory fire, a police official said. After this, the two remaining militants moved in different directions and took shelter in different buildings before being killed by security forces.