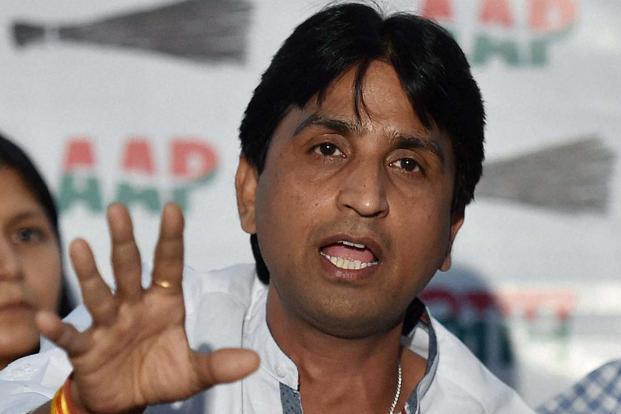 Aam Aadmi Party (AAP) leader Kumar Vishvas on Monday wrote to Union Finance Minister Arun Jaitley tendering an apology and seeking withdrawal of the civil defamation case filed by the minister against him.

In a relief to the poet-turned politician, Jaitley's lawyer Manik Dogra said, "We have accepted it (apology)."

Vishwas was the only one against whom the defamation suit remained after Delhi Chief Minister Arvind Kejriwal and four other AAP leaders -- Raghav Chadha, Sanjay Singh, Ashutosh and Deepak Bajpai-- had tendered unequivocal apology to Jaitley.

The Finance Minister had filed two defamation cases of Rs 10 crore against Kejriwal and his fellow leaders, who had alleged financial irregularities in the Delhi and District Cricket Association when Jaitley was its president.

Earlier in April, Kejriwal and AAP leaders Sanjay Singh, Raghav Chadha and Ashutosh, in a joint letter on Monday, apologised to Jaitley in connection with the comments made against him.

"Therefore, I unequivocally withdraw all the allegations made by me in a question whether made in print, electronic or social media against you. I offer my sincere apology to you and your family members for any harm caused to your reputation as a consequence of my allegation," Kejriwal's letter read.