The hanging of Yakub Memon, reminds some of us of the deeply flawed nature of the Indian police, investigative agencies and politicians. 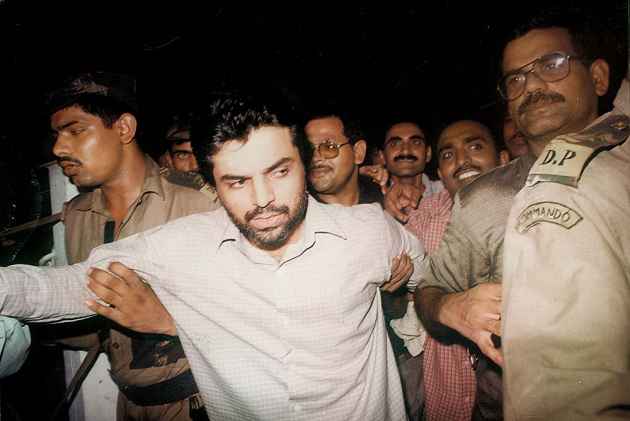 I too am against the death penalty. But let me be honest that I did not really care when Ajmal Kasab was hanged. So why are so many people including me deeply disturbed by the hanging of Yakub Memon? Not because I think he is innocent and should not have been punished. I think he should have been kept behind bars for as long as he would have naturally lived.

I am disturbed because his hanging is a reminder of the structural prejudice of the Indian state. I will repeat the fact that I hope will now be flagged. There were three arrests for the Bombay riots in which 900 Indians were killed, women raped, houses burnt. There have been 100 convictions for the blasts that Justice Srikrishna noted in his report, were the result of the riots.

In 1992-93 it was in the backdrop of the demolition of the Babri Masjid and the subsequent violence that followed in parts of India, most notably Bombay and Surat, that I quit my job as a sub-editor in a magazine and embarked on a journey across India searching for examples of a composite culture that unites us. I got a column space in the Sunday edition of the Indian Express and began the series that ran for two years titled In Good Faith. The idea was to combat ideas of hate and I spent a lot of time in Maharashtra that was then the most polarised state.

It was both a personal and a political journey to search for an India that is tolerant and safe for all communities. I was searching for a space that synthesises identities instead of atomizing us all into a Hindu atom here, a Muslim particle there, a Christian molecule some distance away, a Sikh on the periphery. I often found it among the people of this country and still do.

The reason I dwell into the past is to highlight how traumatic the events of the early 90s were for people who had believed in the liberal, secular India. A very small grant was given for the journey by the late Professor Rasheeduddin Khan, an eminent political scientist at that time attached to what was then the Indian institute of Federal Studies. It must have been a leap of faith for him to put money in the enthusiasm of a young journalist in her 20s. I note with some pride that it is his son Kabir Khan who has made the film Bajrangi Bhaijaan that soars with the sort of spirit of liberalism and humanism that his father so believed in. A film like that replenishes faith in all that is good in us.

The hanging of Yakub Memon, conversely reminds some of us of the deeply flawed nature of the Indian police, investigative agencies and politicians. For there is one thread of the Yakub story that tells the tale of a man returning to India to tell his own truth. There is the suggestion of a deal with Indian agencies.

But most starkly there is the reminder of how politicians from the Congress allowed the perpetrators of the riots to go scot-free and how the police never moved on those cases as it did on the blasts. I do not blame the BJP for the deep-rooted prejudices of the Indian state. They have just benefitted from it.

As for Yakub Memon, I don’t think anyone should have expected mercy from the current rulers of Delhi when the last "secular" lot presided over the secret execution of Afzal Guru without the due process of informing his family.

I have heard the word closure being used for the families of the victims of the blasts and I hope they get some. But what I do worry about is how personally this hanging will be taken in the Muslim ghetto. I have just returned from a visit to Kashmir, where a top politician told me over dinner how worried they were by the increased radicalization that comes from alienation. If Yakub Memon hangs, they said, it will only add to the separatists’ view of the duplicity of the Indian state.

The thoughts that will be amplified play on the great Hindu-Muslim fault-line that marks our history and chase us into the modern age. Every day I am confronted by the hate filled rants of communalists on social media suggesting I go to Pakistan or get raped in Afghanistan. I have got used to it and do not feel like a victim as I am a privileged journalist with access across the political class.

But I know too of the data that suggest greater ghettoisation of minorities, their growing numbers in jails. I recently saw a press conference of the US President Barack Obama after he pushed for prison reform. Just two weeks ago he said that "in too many places, black boys and black men, and Latino boys and Latino men, experience being treated different under the law."

India is not the only country where there is visible prejudice in the system. The question is do we want to even flag that as a problem?