Dear Prime Minister, Nation Wants To Know The Agenda Of Your China Visit 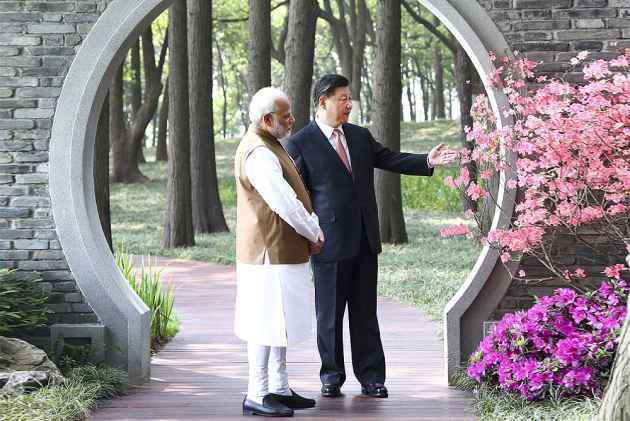 On October 25, 1970, Pakistan’s soldier-president Yahya Khan met with America’s president Richard Nixon in Washington. A top secret White House memo (declassified in May 2001) about their conversation written by National Security Adviser Henry Kissinger recorded some interesting things. Yahya was described as “tough, direct and with a good sense of humour.” He came across as being innocent “but is probably more complicated than this”. Nixon warned Yahya against Pakistan’s “psychosis” about India, but assured him that the US would continue its aid to Islamabad.

Their conversation includes an interesting nugget about America’s ambassador to India, Kenneth Keating. It turns out that when Indira Gandhi (referred to as “Madame Ghandi” in the memo) was leaving Delhi to fly to New York, Keating was not at the airport to see her off, as protocol required that he be. The story is that the Indians had given him a faulty alarm clock to deliberately create the embarrassment and Keating overslept.

After a while, Nixon refers to Yahya’s upcoming visit to Beijing. At that time the United States did not have diplomatic relations with China and needed it to balance their main enemy, the Soviet Union. During the conversation, the leaders decided that Kissinger would make a secret trip to China and establish American relations with that country. This happened the following year during a visit Kissinger made to Pakistan. In the middle of it, his office said he was unwell and would not be seen in public for a couple of days, during which he flew to China to meet Zhou en-Lai. This paved the way for Nixon’s historic visit to China the following year in 1972.

There is something secret also about the visit that Narendra Modi has made to China. But it is not a secret from the world, like Nixon’s visit was, it is a secret from Indians. It was not announced till a few days ago and was not planned. The government has said there is no agenda, but it is clear that Modi is not there for tourism. There will be no joint statement and there will apparently not even be notes taken during their several meetings. So then why are they talking? It would have been proper in a democracy that the government would have told citizens what the purpose of this visit was because it will cause needless anxiety, but perhaps the details will be revealed soon.

What we do know about recent developments in our relationship with China is the following:

A few months ago, we had a violent confrontation with them over a parcel of land in Bhutan called Doklam. We were able to hold the Chinese intrusion, but the government now says that the Chinese army is consolidating its presence in the area and might push again later this year.

A few months ago, the Maldives thumbed its nose at India and sided with China. This was a surprise because till recently, India was able to impose its will on the Maldives, a nation of less than 5 lakh people which is near Sri Lanka and nowhere near China.

In Nepal, the new leader has made no secret of the fact that he dislikes Modi and India and would prefer to realign his nation towards China.

China has pushed ahead with its Belt and Road initiative that includes almost all of our neighbours, including Lanka, Pakistan and Nepal, and this has alarmed India. These are the things that we know about our recent relations with China that are not being spoken about by either India or China during Modi’s current visit.

The visit has been given front page treatment in India, meaning that the reporters covering the Ministry of External Affairs believe it is significant but it has been casually received in China. The South China Morning Post did not have coverage of the visit on its front page. The official China Daily led with the story of peace between North and South Korea instead of Modi’s visit. It appears that India wants this visit more than China does which means that we are looking for something from them. But what?

Some have speculated that it has to do with Doklam and the 2019 elections. That Modi will ask Xi not to embarrass him by sending the Chinese army into Bhutan again, this time rolling over our resistance. I hope this is not the case and that this is not what Modi has said, because it would be disturbing.

Kissinger’s visit was a secret because revealing it would have jeopardised the mission. Meaning that once it was public, the Chinese would not have been able to engage openly, given all the baggage between the two nations. It would also have given the Soviets the opportunity to try and counter. His visit was a secret but the agenda was not. In Modi’s case, it is the agenda that it the secret.