Decriminalisation Of Homosexuality: Timeline Of Events From 2001-2018

The Supreme Court judgement was preceded by a long list of battles that were fought in the courts while challenging the criminality of same-sex relationships. 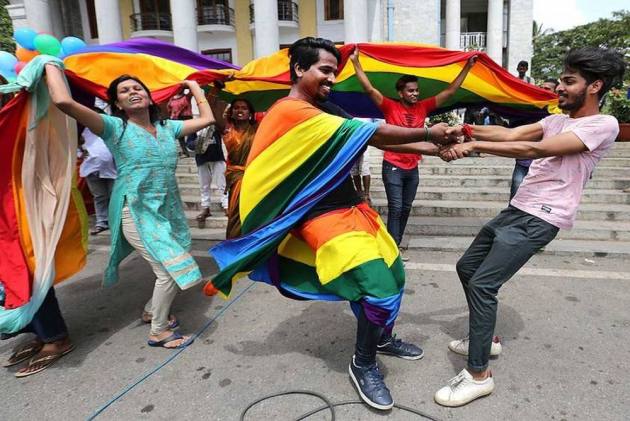 A five-judge Constitution bench of the Supreme Court on Thursday unanimously decriminalised part of the 158-year-old colonial law under Section 377 of the Indian Penal Code (IPC) which criminalises homosexuality.

The judgement however was preceded by a long list of battles that were fought in the courts while challenging the criminality of same-sex relationships.

Following is the chronology of events leading to the historic decision of the Supreme Court.

Apr 3, 2006: SC remands the case back to HC, directs it to reconsider the matter on merit.

Sep 18, 2008: Centre seeks more time to take stand on the issue after contradictory stand between Home and Health ministries over decriminalisation of homosexuality. HC refuses the plea and final arguments in the case begin.

Sep 25, 2008: Gay rights' activists contend that the government cannot infringe upon their fundamental right to equality by decriminalising homosexual acts on the ground of morality.

Sep 26, 2008: The Centre says gay sex is immoral and a reflection of a perverse mind and its decriminalisation would lead to moral degradation of society.

Oct 15, 2008: HC pulls up the Centre for relying on religious texts to justify ban on gay sex and asks it to come up with scientific reports to justify it.

Nov, 2008: Govt in its written submission before HC says judiciary should refrain from interfering in the issue as it is basically for Parliament to decide.

June 29, 2016: SC refers the plea of celebrities like dancer N S Jauhar, chef Ritu Dalmia and hotelier Aman Nath, for quashing of section 377 of the IPC, to a bench already seized of the matter.

Aug 24, 2017: SC declares right to privacy a fundamental right under the Constitution, also observes that "sexual orientation is an essential attribute of privacy".

Jan 8, 2018: SC agrees to reconsider its 2013 decision and refers to a larger bench the plea challenging 377 of the IPC. Later, 20 former and current students of the IITs join the fight against section 377 of IPC.

July 9, 2018: SC refuses to adjourn proposed hearing by a five-judge Constitution bench on a batch of petitions challenging its verdict that had re-criminalised consensual carnal sex between two adults.

July 12, 2018: SC rejects demand for a referendum over constitutional validity of Section 377 saying it would not go by majority opinion.

July 17, 2018: SC reserves verdict saying that the courts cannot wait for a majoritarian government to decide on enacting, amending or striking down a law if it violates fundamental rights.

Sep 6, 2018: Constitution bench unanimously decriminalises part of Section 377 of the IPC which criminalises consensual unnatural sex, saying it violates the right to equality.