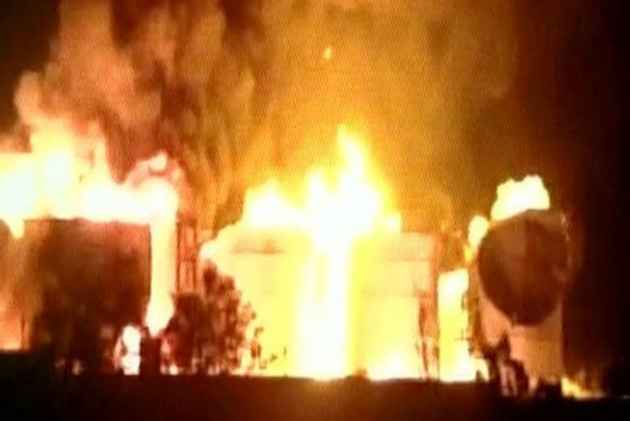 At least 17 people were killed and several others injured after a massive fire gutted a factory in outer Delhi's Bawana industrial area on Saturday evening.

The official said, the blaze, which started from a firecracker factory, is now under control.

"The fire is now under control and the rescue operation is underway as more people are suspected to be trapped inside the factory," an oficial quoted as saying.

GC Mishra, the director of Delhi Fire Services, said that they had received a call around 6.30pm about the fire at the F-block following which half-a-dozen fire tenders were pressed into service.

According to the officials there was a rubber factory on the second storey above the firecracker factory.

"The factory falls in the Delhi State Industrial And Infrastructure Development Corporation (DSIIDC) area. North Delhi Mayor Preety Agarwal has rushed to the spot to take stock of the situation," the official said.

Meanwhile, Arvind Kejriwal has ordered an inquiry. "I am keeping a close watch on the rescue operations," he said.

V sad to hear abt large no of casualties. Keeping a close watch on rescue operations https://t.co/yHwQAH0bKi

"V(ery) sad to hear abt large no of casualties. Keeping a close watch on rescue operations," Kejriwal said in a tweet.