Authorities said rains in some parts of the national capital have made the air heavier and increased pollution. 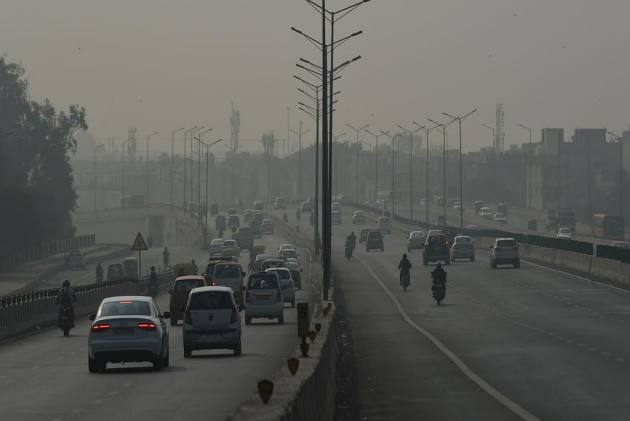 The Supreme Court-appointed EPCA lifted the ban on the entry of heavy vehicles into Delhi on Tuesday even as a thick haze engulfed the city with the air quality remaining in the "severe" category.

Authorities said rains in some parts of the national capital have made the air heavier and increased pollution.

Delhi Environment Minister Imran Hussain said he is studying the proposal of the Environment Pollution (Prevention and Control) Authority (EPCA) to ban non-CNG private and commercial vehicles in the city if the situation does not improve. Experts have called for strengthening public transport before taking such a step.

Urban Emissions, a research group, said that after lifting of ban, largest contribution to PM2.5 pollution on Wednesday would be due to power plants and DG sets (19.6 per cent), followed by industries (17.3 per cent) and household pollution (15.9 per cent).

The EPCA said heavy vehicles would now ply in the city on normal timings between 11PM to 6 AM.

Meanwhile, a new study by the ASAR Social Impact Advisors, which works on social and environmental issues, said about 89 per cent people in Delhi feel discomfort due to bad air quality and most of them believe motor vehicles and felling of trees are major reasons behind pollution.

The study, for which around 5,000 people in 17 cities were interviewed, found that the top four reasons behind bad air quality were pollution caused by motor vehicles (74 per cent), industrial units (58 per cent), tree cutting (56.9 per cent) and construction (48.2 per cent).

As the overall air quality index (AQI) was recorded at 411, which falls in the "severe" category, according to data from the Central Pollution Control Board (CPCB), the EPCA said heavy vehicles would now ply in the city on normal timings between 11 pm and 6 am.

According to official data, 21 areas in Delhi recorded 'severe' air quality and it was 'very poor' in 12 areas.

Light rains in some parts of the national capital led to a decline in temperatures in the city.

The System of Air Quality and Weather Forecasting And Research said in a report that stubble burning incidents have reduced significantly and now the winds are not blowing from these areas so its impact on Delhi's air quality would be marginal.

EPCA chairperson Bhure Lal said the restriction imposed by it on heavy vehicles had been lifted.

On Monday, the EPCA had allowed entry of only those vehicles into the city which were stranded for the previous four days at Delhi borders, anticipating the situation getting out of hand with the owners of over a 1,000 trucks getting "restive".

The EPCA had asserted on Monday that these stranded trucks would be exempt from paying toll or Environment Compensation Charge (ECC) from 11 pm on November 12 to 7 am on November 13.

The body had said by relaxing the payment of toll-ECC, the trucks can move without any halt and this will reduce congestion and thereby pollution.

Over 2,200 vehicles were ordered to turn back from Delhi's borders during restriction on the entry of heavy vehicles in the national capital from November 8 to November 12 in the wake of high pollution levels in the city, a senior traffic police official said.

As many as 3,931 vehicles carrying essential goods were allowed in the national capital from 11 pm on November 11 till 5 am the next day, he said.

The restriction on the entry of heavy vehicles was initially imposed from November 8 to November 11 but was later extended by a day by the Supreme Court-appointed agency on the recommendations of a CPCB-led task force, which reviews the national capital's air quality.

Hussain said he has been studying the proposal by the Supreme Court-appointed Environment Pollution Control Authority to impose a ban on non-CNG private and commercial vehicles.

EPCA Chairman Bhure Lal, in a letter to the chief secretaries of Delhi, Haryana and Uttar Pradesh, had Monday warned that if the air quality in Delhi continues to deteriorate, then it would impose a complete ban on the use of non-CNG private as well as commercial vehicles.

Experts have expressed their apprehension over this proposal, saying there is a need to first strengthen the public transport system.

Sunil Dahiya, member of Greenpeace India, said there are bigger sources like industrial waste that needs to be targeted before.

"There is a need for stronger public transport system. People should be provided with alternatives before implementing such a move otherwise the plan might not work just like the fire cracker ban did not," he said.

Ravina Kohli, an environmentalist and member of #MyRightToBreathe campaign, called the move a knee-jerk reaction.