The humble Blue hatchback, which became synonymous with Kejriwal's 'aam aadmi' image, was being used by an AAP functionary these days. 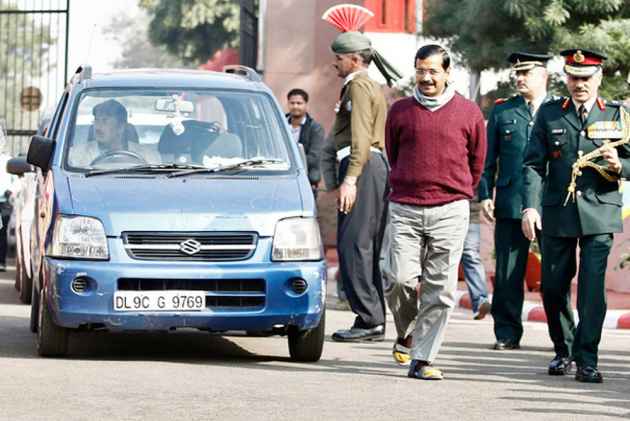 A Wagon R car, used by Delhi chief minister Arvind Kejriwal till the 2015 assembly polls, was stolen outside the Delhi Secretariat on Thursday, the police said.

The humble Blue hatchback, which became synonymous with Kejriwal's 'aam aadmi' image, was being used by an AAP functionary these days.

"The car was parked outside the Delhi Secretariat. It went missing around 1 am," a senior police official said.

The car was donated to Kejriwal by Kundan Sharma, a software enginner, in January 2013.

In 2015, Sharma had made a demand that it be returned.

Sharma, who had expressed his disappointment over the removal of party leaders Prashant Bhushan and Yogendra Yadav, had said his tweet demanding the car back was a ploy to catch attention of the party chief.

"We deserve what we accept for. Bigger dream of clean politics was sacrificed from winning Delhi. No one will dare to clean politics for next three decades," Sharma had tweeted.