The Delhi Congress workers on Wednesday staged a protest outside the liquor vendors here, claiming the new excise policy would turn the capital into "Nashe Ki Rajdhani". 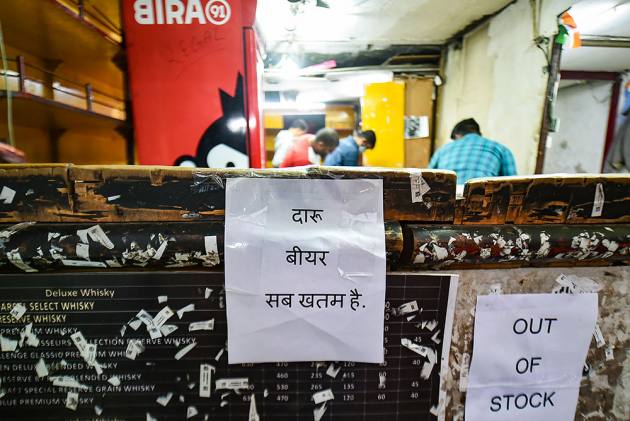 The new excise policy, which hit the city markets on Wednesday, marks the end of nearly 600 government-run liquor shops operating across the national capital. The liquor business will now be handled completely by private players.

"They are closing down milk shops and opening liquor vends. This  anti-people decision of liberalizing excise policy, which allows liquor sale in residential areas, would destroy the whole of Delhi and turn it into a 'Nashe ki Rajdhani'," said former MLA Anil Bhardwaj, chairman of the communication department Delhi Congress.

"We, the Congress party, won't let this happen and not allow any of the new liquor vends to be opened here," he said.

He also criticised the decision of lowering of drinking age 21 under the new policy, saying instead of giving employment opportunities to the unemployed youth, the AAP-government is asking them to consume liquor.  As per the new excise policy, which was put in public domain in July this year, liquor vends will be set up in 32 zones across the city. One retail licensee will have 27 liquor shops per zone.

As per the changed policy, the city will have 850 swanky liquor walk-in stores where customers will be allowed to choose their brand as they are in shopping malls. The Delhi BJP, under the leadership of its president Adesh Gupta, also staged a demonstration against the new liquor policy at Jantar Mantar on Wednesday.