A Delhi Sessions Court has upheld an order convicting a man for causing permanent damage to a person's eye by negligently lighting a firecracker on Diwali in November 2013. 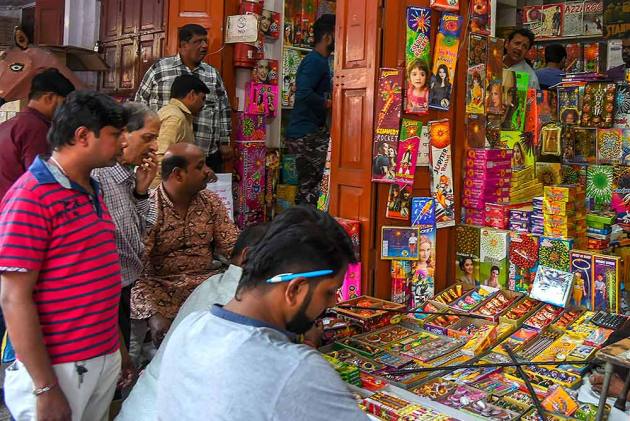 A Delhi Sessions Court has upheld an order convicting a man for causing permanent damage to a person's eye by negligently lighting a firecracker on Diwali in November 2013 and sent him to jail to serve the six-month-long sentence.

The complainant had alleged that convict Naveen Kumar lit a “Diwali Rocket” in a rash and negligent manner and kicked the bottle in which the firecracker was kept, as a result of which it hit him in the right eye and caused permanent privation of the eyesight.

Additional Sessions Judge Pooran Chand upheld the 2019 judgement of a Magistrate handing out a six-month jail term to Kumar for committing offences under Sections 286 (negligent conduct concerning an explosive substance) and 338 (causing grievous hurt by act endangering life) of IPC.

The accused had appealed the 2019 order before the sessions court on the ground that the trial court passed the judgement on sentence on conjectures and surmises without following the principle of natural justice.

He further claimed that the investigating officer (IO) failed to present the site plan of the spot where the alleged incident took place and there were major contradictions in the testimonies of two prosecution witnesses.

Dismissing the appeal, the judge ordered, “I am of the considered opinion that Trial Court has committed no error whatsoever in holding the appellant guilty of committing the offences and awarding the sentence to the appellant. Resultantly, the appeal, being devoid of merit, is accordingly dismissed."

“Appellant is taken into custody and sent to jail to serve the sentence,” the court added in an order dated November 16.

The incident took place on November 3, 2013, at 9 pm at Delhi's Nilothi area when the complainant stood outside his house.

Four-five houses ahead of the complainant's house, the convict in a rash and negligent manner lit a Diwali Rocket and kicked the bottle as a result of which it suddenly hit his right eye, the court noted in the order.

“This injury caused permanent privation of the sight of the right eye. Initially, the complainant did not realize that it was a serious injury and hence did not file any complaint, however, later on, when the problem in his right eye aggravated, he filed the complaint on November 9,” it further stated.