Delhi: Day After Bus Drivers Asked To Stop At Designated Spots, Nothing Much Changes

Outlook took stock of four places in Delhi where traffic snarls have become a menace and found that nothing had changed, and that bus drivers either stop in the middle of the road or way too far from the bus stop, inconveniencing traffic and commuters 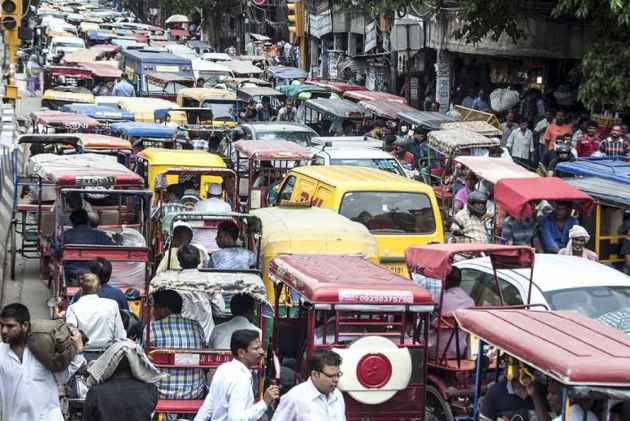 A day after the Delhi government’s transport department asked bus drivers to spot at their designated spots, Outlook found that drivers were still errant and that not much had changed.

A report in The Times of India said that the Delhi government’s transport department has decided to take action against the bus drivers who don’t stop the vehicles at the designated spots. Prompted by complaints from commuters, the department said it had posted 80 personnel at different locations to ‘ensure that buses halt at the designated spot’.

The report said that the bus drivers would be guided at first, cautioned the next, and booked and fined Rs 100 if they commit a further offence, also risking a cancellation of their licence.

Outlook took stock of four places in Delhi where traffic snarls have become a menace and found that nothing had changed, and that bus drivers either stop in the middle of the road or way too far from the bus stop, inconveniencing traffic and commuters. Moreover, there seemed to be no one who was designated to keep a check on the drivers and to fine them.

Also, some of the drivers do not know about the directive by the Delhi government’s transport department and some who are in the know are not exactly flush with details.

Two drivers at ITO were asked if they knew about the guidelines, they said they did not have a clue.

Buses at Mandi House were lined up back to back and away from the designated spot, causing a traffic jam.

People have to literally run to board the buses and when the drivers do not stand in the bus-box, commuters are forced to huddle up on the side of the road, causing more chaos.

“The buses do not stop at the bus stop, they stop far away and it becomes difficult for me to get dow and take the bus because the bus stop is at a height from the road. There is a rule that the buses should be on the left but they keep the buses on the right,”  Laxman Singh, a senior citizen waiting to go to Najafgarh, laments at Safdarjung.

One of the commuters at Safdarjung said that “none of the buses are stopping. I have been waiting here for almost an hour and a half and three buses have passed me by without stopping”.

Several commuters at Saket said that this rule should be implemented as soon as possible, one of them saying: “The designated stop of the bus is filled with autos most of the time. As a result, the bus driver has to stop the bus before or after the bus stop and there is no in-charge on duty to look after these things”.

A senior official from the Delhi Traffic Police Headquarters, who did not want to be named, told Outlook that they hadn’t received any information regarding this decision by the Delhi government.