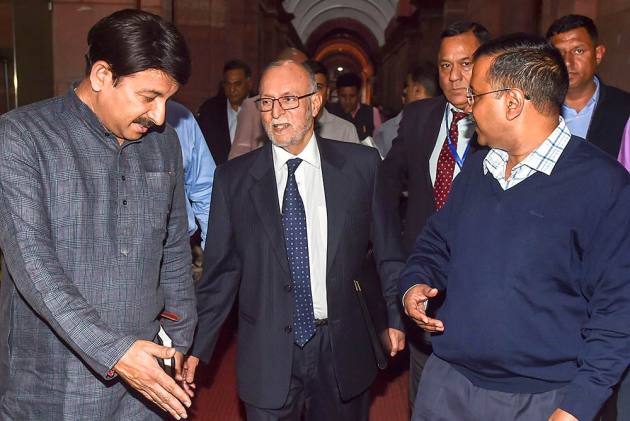 On Friday, the AAP government told the Delhi High Court that on account of the Lieutenant Governor appointing police chosen lawyers as special public prosecutors (SPPs) for cases related to this year's Republic Day violence and last year's riots, there was now “no difference” between the investigating agency and prosecution.

Senior lawyers for Delhi government told a bench headed by Chief Justice D N Patel, hearing Delhi government's challenge to the appointments, that in criminal justice system, prosecutors are “officers of the court” but presently there is “complete synergy” between them and the police.

He stated that the appointment of prosecutors was in the domain of the government and the LG was bound by the aid and advice of the council of ministers. Senior advocate Abhishek Manu Singhvi, appearing for the Delhi government, stated that while the matter was of  “great urgency”, the respondents --  LG and Centre -- were yet to file their response.

“This is a matter of great urgency. The court gave four weeks for filing counter. Now it is more than nine weeks and no counter is filed. We are in grave urgency. This is an uncertainty that can be avoided,” he argued, urging the court to close the respondents' right to file counter if not done before the next date of hearing.

The bench, also comprising Justice Jyoti Singh, granted time to the respondents to file their response and listed the case for further hearing on January 28. On August 27, the court had issued notice on the Delhi government's plea asked the LG and the Centre to file response to the petition as well as an application seeking stay on the decision.

The Delhi government has challenged the LG's July 23 order appointing Delhi Police chosen lawyers as SPPs to appear and conduct prosecution in cases relating to violence during the farmers' tractor rally on January 26 this year and the north-east Delhi riots cases of February 2020, saying that it results in a serious conflict of interest.

The petition has also challenged the July 26 notification on the appointment of the Delhi Police chosen SPPs to conduct the cases and also August 4 order of the Centre endorsing the LG's view and approving the appointments. The plea contended that it is contrary to established legal principles and violates the Constitutional guarantee of a fair trial.

It has said the SPPs are taking charge of the matters by displacing the regular public prosecutors and therefore, urgent directions are required from the court to enable them to continue so as to not jeopardise fair trial in the cases.

The Delhi Government has contended that 'appointment of SPPs' is a routine matter and not an exceptional matter for which reference to the President can be made and that the LG had no sound reason for referring the matter to the President when the government had agreed to appoint independent SPPs.