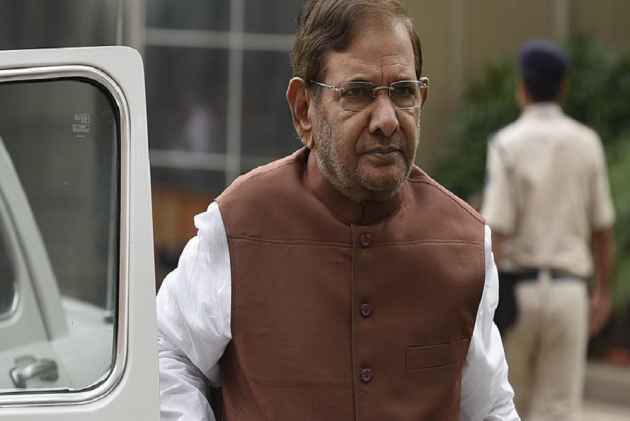 The Delhi High Court on Thursday issued notices to the Election Commission of India (EC) and the Janata Dal (United) group led by Bihar Chief Minister Nitish Kumar on Sharad Yadav faction's plea against the EC's order rejecting their claim to the party's "arrow" symbol.

The matter will be heard on February 18.

Justice Indermeet Kaur adjourned the matter as the senior lawyer who was to represent Rajasekaran was not available yesterday.

Rajasekaran has challenged the poll panel's November 25 order, which gave reasons for recognising the faction led by Nitish as the real JD(U) and allotting it the "arrow" symbol.

Nitish and Sharad parted ways after the former decided to join hands with the Bharatiya Janata Party (BJP) in July, triggering a battle for the control of the party.

Rajasekaran, in his plea, has sought setting aside of the EC's November 25 order.

The earlier plea was moved by Gujarat MLA Chottubhai Vasava, who was then acting president of the JD(U)'s Sharad faction.

Following the rift with the Bihar Chief Minister, Sharad had claimed that by ending the alliance with Lalu Prasad Yadav's RJD and deserting the greater Grand Alliance, Nitish had gone against the party's national executive's decision to oppose the BJP.