"No person can be subjected to scandalous and abusive language in garb of cross-examination; this has to be dealt with a heavy hand," the court told the CM, referring to the remarks made by Kejriwal's former counsel, Ram Jethmalani. 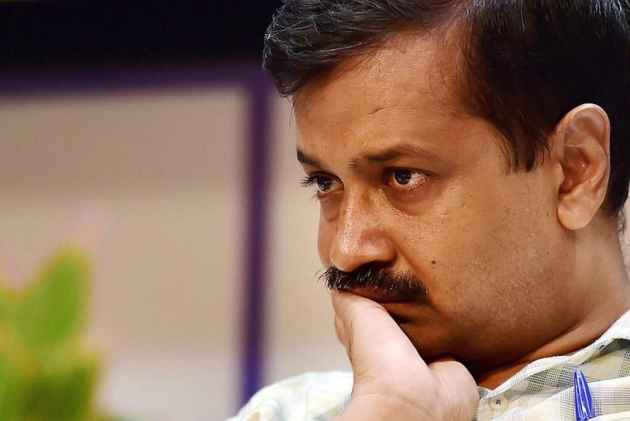 The Delhi High Court today directed Arvind Kejriwal not to put "scandalous" questions to Union Minister Arun Jaitley during his cross-examination in a defamation suit filed against the chief minister and five other AAP leaders.

Justice Manmohan further said the chief minister should conduct cross-examination of the senior BJP leader in a dignified manner and in accordance with law.

It said dignity has to be maintained as no person can be subjected to scandalous and abusive language in the garb of cross-examination.

The court, however, refrained from passing any order against Kejriwal after noting his earlier submission that he had not instructed senior advocate Ram Jethmalani to use any objectionable remarks against Jaitley.

The court was hearing an application moved by the Union minister to expedite the recording of evidence in an orderly and fair manner.

In the defamation case, besides Kejriwal, the five other accused are AAP leaders Raghav Chadha, Kumar Vishwas, Ashutosh, Sanjay Singh and Deepak Bajpai.

They had accused the BJP leader of corruption as the President of the DDCA, a post he had held from 2000 to 2013.

Jaitley, who had denied all the allegations levelled by the AAP leaders in December 2015, had claimed that they had made "false and defamatory" statements in the case involving DDCA, thereby harming his reputation.

Earlier, former BJP member Jethmalani had quit as Kejriwal’s lawyer in the defamation cases, reportedly sending across a bill for Rs 2 crore.

On Monday, Chief Minister Arvind Kejriwal told the Delhi High Court that there were no instructions from him to his counsel Ram Jethmalani to use objectionable remarks against Arun Jaitley. In a letter, reportedly written by Jethmalani to Kejriwal, the former has accused the latter of using even more offensive language in private conversations while referring to Jaitley.

During an earlier hearing, Jaitley had asked Jethmalani if his remarks had been made with the CM’s permission. When he received a reply in the affirmative, Jaitley filed another defamation case against Kejriwal.

While Kejriwal’s office told the newspaper that they were not aware of Jethmalani’s withdrawal, the latter is quoted saying: “Kejriwal has written a letter to me. I have replied to that. I am not going to divulge the details of either of the letters. You ask Kejriwal to make public both the letters. I have promised him not to make it public.”

The Aam Aadmi Party (AAP) chief earlier said that he has written a letter to Jethmalani to refute his claim that objectionable words were used in the proceedings before the Joint Registrar on May 17 as per his instructions.