Plea says that loudspeakers were never part of any religion as the instrument came into existence only in 1924. 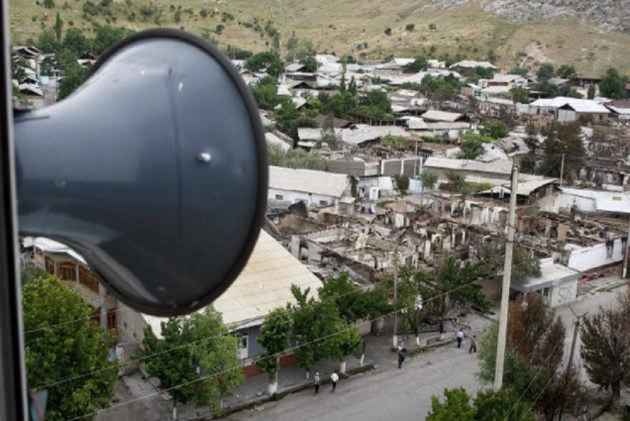 The Delhi High Court today sought the responses of the Centre and the Delhi government on a plea seeking a ban on loudspeakers atop religious structures in the national capital.

A bench of Acting Chief Justice Gita Mittal and Justice C Hari Shankar issued notice to the Centre, the city government and the Delhi Police and posted the matter for further hearing on January 29 next year.

The plea, filed by an activist Sanjiv Kumar, said banning of loudspeakers will not violate Article 25 or 26 (Articles on Freedom of Religion) of the Constitution.

It said that loudspeakers were never part of any religion as the instrument came into existence only in 1924.

"Loudspeakers were never part of any of the religions whether it is Hinduism, Jainism, Buddhism, Christianity, Islam, Sikhism or Zoroastrianism.

"That, as loudspeakers is not part of/intrinsic to any of the religions as all religions are 4000 to 5000 years old, whereas loudspeaker came into existence in 1924, that is less than 100 years and hence banning loudspeaker will not hit (violate) Article 25 or 26 of the Constitution," he said.

The petition also said the use of loudspeakers takes away the right of the citizens to speak with others, their right to read or think or the right to sleep.

"There may be heart patients or patients suffering from nervous disorder may be compelled to bear this serious impact of sound pollution which has had an adverse effect on them. Toddlers, kids are equally affected," the plea said.

The plea also referred to the landmark judgement of the apex court which declared the Right to Privacy as a Fundamental Right.

The plea sought directions to the authorities to remove loudspeakers atop any religious structures saying they violated citizens' rights including those of minors and elderly people.

The petition also sought a direction to the authorities that after removing the loudspeakers, monitoring is carried out, a complaint mechanism established and suitable action taken against repeat offenders.