In February 2016, Kumar was arrested and charged with sedition by the Delhi police for allegedly raising anti-India slogans in a student rally. 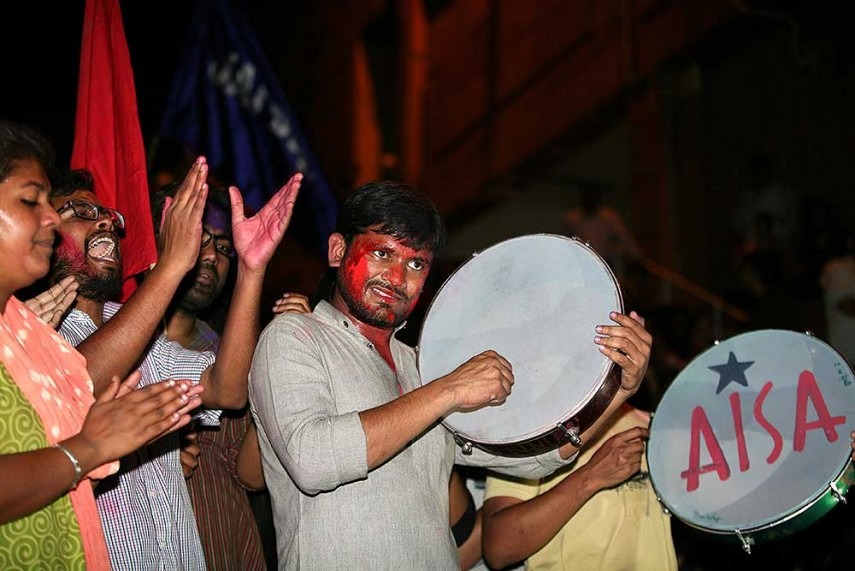 The Delhi High Court today set aside the disciplinary action taken by JNU against 15 of its students, including ex-JNUSU President Kanhaiya Kumar, in connection with a controversial event on February 9 last year in the varsity.

Justice V K Rao remanded the issue back to the Jawaharlal Nehru University (JNU) to be decided afresh after allowing the students to inspect the records and hearing them.

The court told JNU's appellate authority to pass a reasoned order within six weeks of hearing the students, who also included Umar Khalid and Anirban Bhattacharya, that the varsity did not give them due opportunity to defend themselves against the charge of indiscipline.

The students in their pleas had also challenged their punishment, which ranges from rustication for a few semesters to withdrawal of hostel facilities.

The appellate authority of the university had rusticated Umar from JNU till December this year, while Bhattacharya was asked to be out of the varsity for five years.

Kanhaiya, Khalid and Bhattacharya were earlier arrested in a sedition case in connection with the February 9 event on the campus against hanging of Parliament attack convict Afzal Guru during which anti-national slogans were allegedly raised.

They were later granted bail in the case in which charge sheet has not yet been filed.