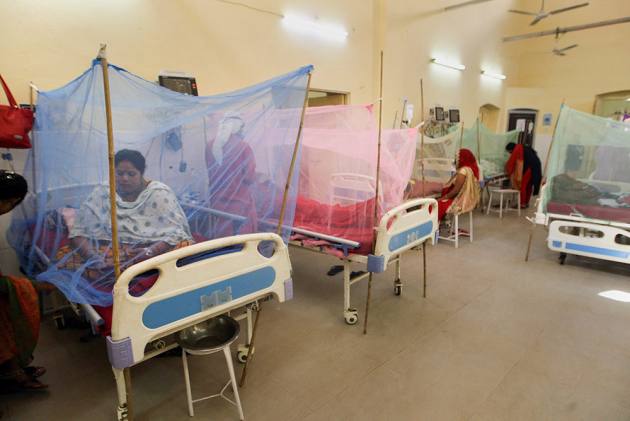 There is a complete paralysis in civic administration as no one is bothered about the deaths said the Delhi High Court on Wednesday as it pulled up the municipal corporations for their failure to control the spread of dengue which has doubled this year in the national capital, saying

The high court said that the authorities have become so populist in their approach that the policies are being made only in populist ways and they are scared of doing anything that will lose them votes. “If only elections were fought and won or lost on real issues, we would have a different city. It does not work that way. Today they are being fought on what is free,” it said.

“This is a sorry state of affairs in the national capital. It is a disillusion. There is a complete paralysis in civic administration as no one is bothered about the deaths. They do not bother, this is the attitude. The officials are living with the attitude that since there is a large population, the disease will come and go,” an anguished bench of Justices Vipin Sanghi and Jasmeet Singh said.

The bench said dengue cases have doubled and if all the officials are working toward one goal, how is it that the numbers have doubled, or is it that the situation is beyond repair. The court appointed an amicus curiae to assist it in the mosquito matter, including in diseases like Dengue, Malaria, and Chikungunya, and sent the case before the Chief Justice which is also dealing with another suo motu petition on the infestation of mosquito breeding in the city.

The bench also agreed with the counsel for South Delhi Municipal Corporation (SDMC) that people in the society do not listen unless there is deterrence and said it was not the court’s job to increase the challan amount that was currently Rs 500.

“Please understand that the number of people who have been caught with Dengue and the number of fatalities this year is unprecedented. It is not like COVID-19 that is for the first time. How is it that despite having science and technology and machines and manpower this problem cannot be addressed? Since 2013, there have been orders passed by this court, yet it is not under control,” the bench said.

The bench questioned the East Delhi Municipal Corporation (EDMC) over open drains in the area and asked “when are you going to cover your drains? It is so difficult to even go to that area as the stench is unbearable”.

“Either we put up our hands up and say nothing can be done. What has to happen has to happen. People are left to fend for themselves. But if anything has to be done, it has to be done in a proper manner,” the bench said. When SDMC counsel and its deputy health officer said that the reason for the high number of dengue cases this year was because of unprecedented rains, the bench said if the rainfall has increased then the authorities should have correspondingly increased the manpower and machines.

The counsel said several resident welfare associations (RWA) were not cooperating with the authorities when they visit there for fogging and to keep a tab on mosquito breeding. He urged the court that directions be passed to restrain RWAs from stopping MCD officials and increase the fine amount from Rs 500 to 10,000 which would be a deterrent. The bench said there has to be a plan and there cannot be a knee-jerk reaction. "You would be failing in your duty if the numbers do not go down. We would be failing in our duty if we do not do anything. If the numbers go down, everything makes sense,” it said.

During the hearing, when senior advocate Rahul Mehra, representing the Delhi government, expressed reservations on the suggestion of appointing a Central government officer, who is an expert in this field, as an amicus curiae, the bench said, “Why to politicise mosquito breeding”. The court also asked the corporation to place on record the steps taken concerning “geo-tagging” their employees and marking biometric attendance.

Earlier, the court had expressed its distress over the spread of dengue in the city, saying that the concerns raised by it for the lack of efficient functioning of municipal employees have “fallen on deaf ears”. It had been said that this year witnessed a “big surge” in the number of dengue cases which resulted in several fatalities.

The court, which was hearing SDMC’s plea against the Delhi government's decision to seek retrospective recovery of grants-in-aid from municipal bodies, had also clarified it would not exercise its discretionary jurisdiction in favour of the corporation and its employees if “the situation on the ground does not improve”.

In its petition, SDMC has challenged a Delhi cabinet decision of January 2019, directing retrospective recovery of grants and aid from the petitioner and other local bodies with effect from April 2016. SDMC has contended that the decision is arbitrary and void and sought a direction to the Delhi government to refund the amounts consequently deducted.

On October 6, while dealing with a batch of petitions relating to non-payment of salaries and pensions to certain municipal employees, the court had expressed its displeasure at the state of cleanliness and upkeep of the national capital.