The Delhi Metro has expanded exponentially in the last few months. The operational span of the network has now expanded to 252 km. 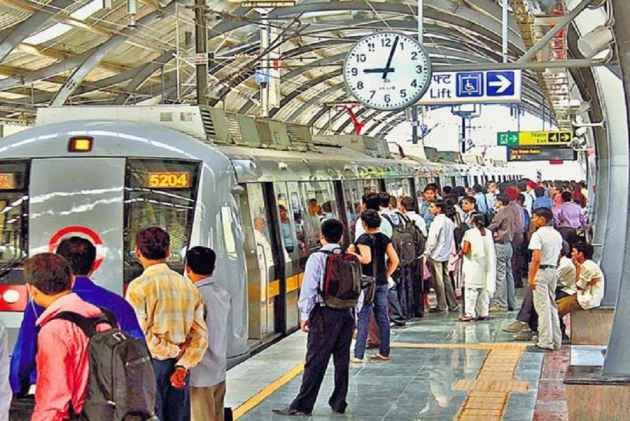 The Delhi Metro might have expanded beyond 250 km but, owning to two consecutive fare hikes last year, the average ridership figure is still lingering around pre-2015 levels.

Before the October hike, the metro recorded an average ridership of 25.7 lakh in June. In months following steep increase in fare, the ridership fell to 24.58 lakh, 22.97 lakh and 23.23 lakh in November, December, January respectively.

According to Delhi government records, the average daily ridership in these months dropped by up to 15 per cent as opposed to the previous months, reportedThe Indian Express.

After the first phase of the hike in May, the metro lost nearly 1.5 lakh passengers per day in June.

A data released by the Delhi Metro Rail Corporation (DMRC) on Thursday, however, suggested a steady increase in the February ridership to 24.06 lakh a day. Despite expansion of the rail network and opening of several new lines, the figure touches its four-years low of 2013-14 and 2014-15 when the the average daily ridership were around 22 lakh and 24 lakh respectively.

A reply by the DMRC accessed by the Hindustan Times through Right To Information (RTI) suggests that the fare hike certainly hit the traffic on daily basis but it did prompt the commuters to take longer trips. In January 2015, on an average, the Delhi metro passenger used to travel 15.61 km which increased to 16.05 km in January 2016, 16.31 km in January 2017 and 16.93 km in January 2018, revealed the report.

While the 21.56 km-long Majlis Park--Durgabai Deshmukh South Campus section of the Pink Line was opened to public yesterday, the 12.94 km-long Kalkaji Mandir-Botanical Garden corridor of the Magenta Line was opened on December 25.

The operational span of the network has now expanded to 252 km.

In a statement released on Thursday, the DMRC said that metro ridership-- after a fall in 2017-- has seen a steady increase in 2018.
"It has also been noticed that metro ridership, after a drop in October 2017, is registering a steady increase. In January 2018, the overall ridership of Delhi Metro was 69,000 more than the preceding month, indicating an upward trend, reported PTI.

"Continuing the upward trend, the average monthly ridership increased by 80,000 passengers in February," the DMRC said in the statement.

The average daily ridership of the Kalkaji Mandir-Botanical Garden section was about 45,000 in January, it said.

In February about 49,000 passengers travelled by Magenta line everyday which indicates that in the rest of the corridors, there was an increase of over 30,000 every day, the DMRC said. The Delhi Metro's daily average ridership in October 2017 was 24.2 lakh.