Delhi Police's decision to make the Connaught place safer was taken after complaints were received especially from women about the unsafe environment there. 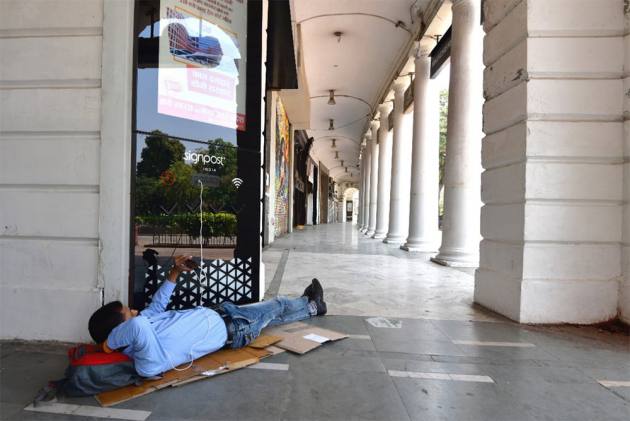 The Delhi Police recent cleaning drive ranging from clearing sub-ways to moving beggars and vagabonds to shelter homes, is all a part of its egalitarian initiative to make the Connaught Place area, a prime commercial hub in the national capital, cleaner and safer.

In the last two days alone, the subways and premises of Hanuman Mandir, which is among the most visited temples at Connaught Place, have been cleaned in collaboration with other agencies including civic bodies and Delhi Fire Services. Since Monday, 15 people including beggars, drug addicts and vagabonds who were often seen in unhygienic surroundings near the Hanuman Temple premises have been relocated to shelter homes with the help of NGO Society for Promotion of Youth and Masses which works under the Ministry of Social Justice and Empowerment, police said.

"The initiative was taken with the help of different agencies and the temple premises and sub-ways were cleaned," said Sudhanshu Dhama, Additional Deputy Commissioner of Police (New Delhi).The aim was to tackle crime against women and make the environment safer and secure for them and also in view of the hygiene factor to contain the spread of any disease, he said. During the winter months, the beggars and vagabonds also have to be relocated to nearby shelter homes for their hygiene and health.

"We started receiving complaints especially from women that they felt unsafe while walking through the subways or roaming in the night at certain areas of Connaught place because of the presence of drug addicts causing a sense of abuse. So, we thought only deterrence will not be enough and did prosecution under the NDPS (Narcotic Drugs and Psychotropic Substances) Act," Dhama said.

The officer said before relocating such people, they were counseled and made aware of the benefits by the NGOs and police personnel."We did not want to remove anyone forcibly. We persuaded them by making them aware of the benefits of the facilities available for them. We worked in coordination with an NGO to create awareness among them and then they were shifted to a nearby shelter," he said

"Especially in this winter, they needed a safe shelter where blankets are provided along with timely meals. They will be living in hygienic and healthy environments and will get a better standard of living. Also, they will be safe from substance abuse," he added.

According to the police, last month during Diwali, another initiative named Asra, with the help of other agencies and NGOs, was launched and 25 beggars and vagabonds were shifted from Bangla Sahib to a nearby shelter. Action was taken against drug addicts and four cases under the NDPS Act were registered against them while a case of excise was registered against a bootlegger, they added.