Delhi Air Hostess Was Beaten Up By Husband During Honeymoon, Alleges Mother 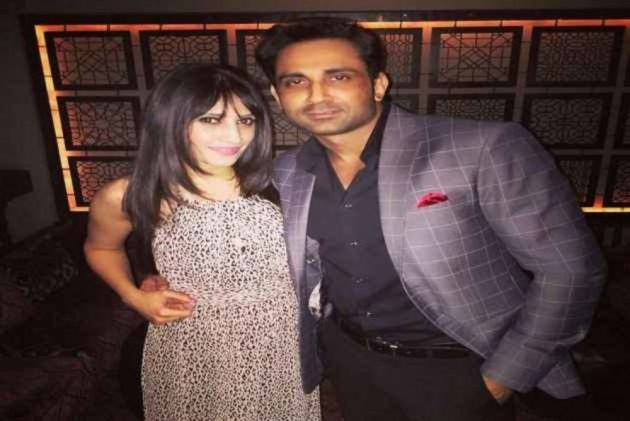 The Delhi police on Tuesday arrested the husband of the female flight attendant, who allegedly committed suicide in south Delhi's Panchsheel Park on Friday, on charge of dowry death.

Mayank Singhvi was interrogated for an hour today and was later arrested this evening. He would be produced before a magistrate tomorrow, police said.

Mayank's wife, Anissia Batra (39), worked with a German airline. She allegedly jumped from the terrace of her house on Friday. Mayank rushed her to a nearby hospital, where she was declared brought dead.

Anissia's family has alleged that her husband used to physically abuse her.

Earlier in the day Delhi Police had issued a lookout circular against Mayank amid allegations of inaction by Anissia's family, which was demanding his arrest.

A family friend of Anissia's parents, who did not wish to be named, said, "We are very happy (with the arrest). It is a good sign but we still have a long way to go."

"Some faith has been restored. It is all due to public and media pressure," she told PTI.

Anissia' family had also claimed that her husband had wiped all the evidence since the crime spot was not sealed by the police.

However, Romil Baaniya, Deputy Commissioner of Police (South) denied the allegations by the family.

"The allegations about action delay by police are not true. The crime team reached the spot as and when they were informed. The allegations made by parents are being considered and therefore a team from the Forensic Science Laboratory team was sent to the spot for recreating the crime scene," he said.

He added that the property was not sealed since the evidence had already been lifted from the spot.

The woman's family had claimed that a flat in Vasant Vihar was sold off by her which had led to a lot of friction between them.

Police have requested the banks to seal the accounts of the couple. The police have also seized the cell phones of the deceased and her husband.

The couple had been married for over two years and lived in Panchsheel Enclave.

Before jumping off the terrace, she had sent a message to her husband that she would kill herself, police said. When he reached there, a labourer from the adjacent house told him that she had jumped.

She was taken to Max Hospital and the police were informed. She succumbed to injuries at the hospital.

Her husband, a software engineer in Gurgaon, told the police that they had regular fights as there were "compatibility issues".

They had an argument on Friday as well, following which she jumped from the terrace, police said.

In her complaint, Anissia's mother alleged that Mayank Singhvi used to regularly abuse her daughter.

The couple were married on February 23, 2016 and they left for Dubai for their honeymoon a week after their marriage.

Anissia's mother alleged that Mayank had beaten her daughter up inside the hotel lobby on the second day of the honeymoon.

She also alleged that after the incident, Mayank had promised to not drink but he did not adhere to his promise.

Anissia's mother also said that she had stayed with them for a month from April 14 this year.

She said that during this time, Mayank had threatened to oust her daughter from the house and she had saved him from Mayank many times.

She alleged that she had visited her daughter again in June and on June 6, after the couple had a fight, Mayank had called up his parents, who were in London at that time, and they were instigating him. After that, Mayank had allegedly assaulted Anissia and her mother.

After they returned from London, Mayank's parents misbehaved with Anissia and her mother, the complaint said.

Later, Anissia's parents were assured that the incident would not happen again. They also learnt that Mayank was a divorcee during this time.

They also alleged that Mayank would often demand money from Anissia.

They had also given a complaint to police on June 27 saying that if anything happens to their daughter, Mayank would be responsible. They had returned to Chandigarh on June 29.

The deceased woman's mother also alleged in her complaint that Mayank had messaged and called her on July 13 and abused her.

On July 14, they were informed that Anissia had jumped from the terrace.