During the course of investigation, eight fraudsters who were running the racket were identified. They targeted people in Delhi, Maharashtra, Andhra Pradesh and Madhya Pradesh. 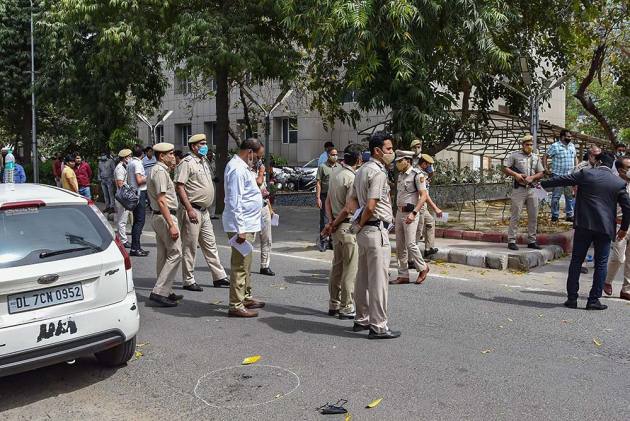 A 37-year-old man was arrested for allegedly duping people of approximately Rs 2.5 crore by making false promises of offering them freebies and bonuses on their LIC policies, police said on Sunday.

The accused, Sandeep Kumar Soni, hails from Bihar's Patna and carried a reward of Rs 25,000 on his head. He was living in Pune in Maharashtra under a false identity for the last six years and was arrested from the city during a raid, they said. Seven other accused have already been arrested in connection with the case, according to police. The group members posed as LIC officials. They lured victims to deposit money in different bank accounts opened using fake IDs on the pretext of offering them bonuses and incentives under various policies, the police said.

The matter came to light in 2015 after the executive director of LIC (New Delhi) filed a complaint alleging that some people were posing as LIC employees and offering incentives like free credit cards and mediclaim benefits, etc., to policyholders, they said. According to the complaint, the policyholders were asked to make payments in cash or through cheques in favour of some private agencies or companies, they said. After receiving the payments, the accused stopped contacting the policyholders and changed their mobile numbers, thereby causing loss to the victims, the police said.

During the course of investigation, eight fraudsters who were running the racket were identified. They targeted people in Delhi, Maharashtra, Andhra Pradesh and Madhya Pradesh. They used mobile numbers purchased using fake IDs and got cheques issued in the name of their firm, said Deputy Commissioner of Police (Crime) Manoj C. Despite several efforts, Soni could not be arrested and a non-bailable warrant was issued against him by a Delhi Court, he said. A police team was sent to Soni's native place in Bihar but he left the state and was living in Pune under a false identity, the DCP said.

The team collected all the factual and technical information and raided all possible hideouts of the accused in Delhi and Bihar. Based on specific information that he might be living in Pune under a false identity, the police team conducted a raid in the city and arrested him, he said. During interrogation, the accused disclosed that he and his associates had opened call centres in Mumbai for cheating people, he added.

After completing his MBA, Soni worked with an insurance company and private banks. In 2013, he started cheating people by setting up a company, Value Add on Securities. Complaints were lodged against the company by investors. Later, the accused shut the company and fled, the officer said.