Half-a-dozen roads will remain closed for vehicles while traffic will be diverted on some roads, police said. 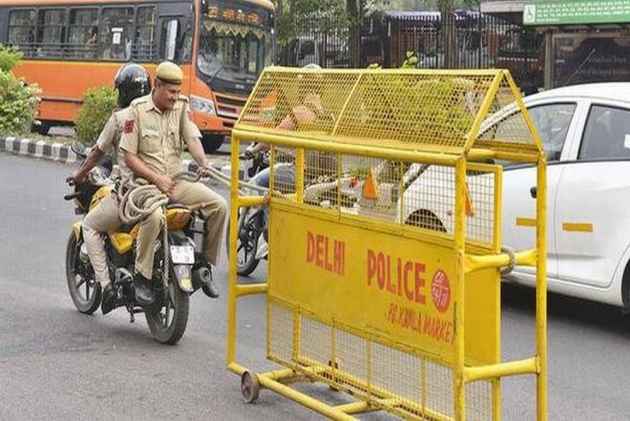 Traffic restrictions will be in place on some roads for the Independence Day function at the Red Fort on Wednesday, while the DMRC has said services on Violet Line will begin at 4.30 am to facilitate the movement of people attending the event.

Half-a-dozen roads will remain closed for vehicles while traffic will be diverted on some roads, police said.

Parking facilities will not be available at Delhi Metro stations till 2 pm in view of security measures adopted on the occasion of Independence Day.

Six roads -- Netaji Subhash Marg, Lothian Road, SP Mukherjee Marg, Chandni Chowk Road, Nishad Raj Marg and Esplanade Road and its Link Road -- will be closed for general public from 5 am to 9 am, the police said.

In the East-West corridor, the vehicular traffic will follow alternative routes of DND-NH24-Vikas Marg, Vikas Marg-DDU Marg, and Boulevard Road-Barfkhana.

Movement of goods vehicles between Nizamuddin bridge and Wazirabad bridge will be prohibited from 12 midnight of August 14 to 11 am on August 15.

Inter-state buses will not be allowed between Maharana Pratap ISBT and Sarai Kale Khan ISBT from 4 am to 11 am, the police said.

Local city buses, including of DTC, will not move on Ring Road from 4 am to 11 am on August 15, and take alternative routes available.

Alternative routes will remain open to railway stations, bus stations and hospitals near the venue of Independence Day function, the police said.

Metro services will begin at 4:30 am on the Violet Line to facilitate movement of people who wish to attend the Independence Day celebrations at the Red Fort, officials said.

The Violet Line, one of the busiest corridors of the Delhi Metro Rail Corporation (DMRC), connects Escorts Mujesar in Faridabad to Kashmere Gate in Old Delhi.

In an advisory, the DMRC has also said that train services will run as usual across the entire network on Independence Day. However, entry/exit at four stations of Line-6 (Kashmere Gate to Escorts Mujesar) -- Lal Quila, Jama Masjid, Delhi Gate and ITO -- will be permitted from select entry/exit gates during the function.

Some gates will be closed at these stations owing to security considerations during this period.