"It is like a festival on the first day of college with students from various states, speaking different languages mingling with each other. But due to the coronavirus pandemic, everything is being done online. We held the orientation session last week for the students. The college does not feel like a college without the students." 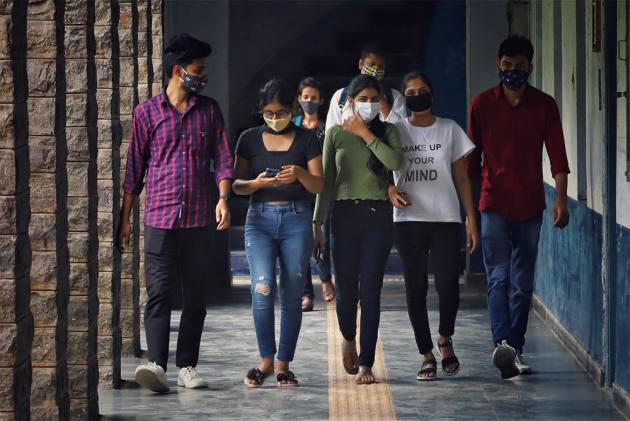 On Monday, the new academic session for first-year undergraduate students commenced at Delhi University (DU)  with the freshers ruing the fact that they were not able to experience the first day of their college life the way they had wished. Many colleges held orientation sessions for the students virtually.

Babli Moitra Saraf, principal of Indraprastha College For Women, said, "Our orientation session was held on Monday and it was livestreamed on YouTube with 1,137 students watching it. My address lasted for 43 minutes and then every department gave its introduction. "It was a fine November day and we missed having students in the college. The college will enter its centenary year in February and we are hoping that the students are back by that time." The college has 19 foreign students this year, including from countries such as Afghanistan, China and Mozambique.

Manish Kansal, a professor at the Hindu College, said, "It is like a festival on the first day of college with students from various states, speaking different languages mingling with each other. But due to the coronavirus pandemic, everything is being done online. We held the orientation session last week for the students. The college does not feel like a college without the students." The students said they missed meeting their classmates and also the introduction and friendly ragging by the seniors.

Roshni Zahoor, a History (Honours) a student of the Deshbandhu College, hoped that she would get to experience her college life soon. "We did not attend school in the last two years and did not even get a farewell from our juniors. I had hoped that with the coronavirus situation being under control, the classes in the college would be conducted in the physical mode but that was not to be. It is difficult to understand concepts in online classes. It will take some time to get acquainted with the teachers and my classmates, something that would have been easier in the physical mode," she said.

Riya Sharma, a student of BSc (Biomedical Science) in the Shaheed Rajguru College of Applied Science, echoed similar views and said, "Had we been in college, we would have been introduced to our classmates and our seniors would have indulged in friendly banters with us. "I had always thought that this is how my first day in college would be but the virus has changed everything. We were told by our teachers during the orientation that the college might resume by December-end or in the first week of January."