According to the documents sent to EC members, INMS will be mission-driven and bring together researchers in medicine, computation, biology and chemistry from Delhi University, Wayne State School of Medicine and medical schools in the national capital. 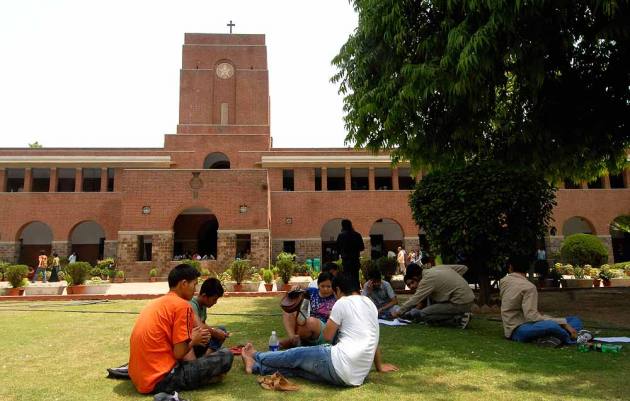 Delhi University may soon set up an Institute of Nanomedical Sciences (INMS) to facilitate research on diseases like cancer, sickle cell disease and diabetes.

The proposal to set up the institute will come up in the meeting of the Executive Council (EC) on December 17. Earlier, the proposal had come up during a meeting of the Academic Council and was passed despite opposition from some members.

According to the documents sent to EC members, INMS will be mission-driven and bring together researchers in medicine, computation, biology and chemistry from Delhi University, Wayne State School of Medicine and medical schools in the national capital.

The document also states that INMS will be involved in collaborating with scientists and public health experts to address medical challenges across the world. It will work to build and sustain international consortia to spread discovery in areas including cancer, sickle cell disease, diabetes and kidney researches, etc."INMS will empower a revolution in biomedicine to accelerate the pace at which the world conquers disease," it said.

The document states that members of the governing body of INMS will include secretary of Department of Science and Technology, DRDO secretary, secretaries of Education Ministry and Ministry of Health and Family Welfare, among others. It will also include international experts from the field of nanomedicine.

The job of the governing body will be to constitute an international advisory board to advise INMS on matters of special research and its members may be those who are leaders in their fields and not connected with DU, including one or two Nobel laureates, it said.

The body will also constitute a research advisory council for the institute that will help in collaborating research and getting funding for projects. The members may not be connected with DU and may be associated with organisations like Rockefeller Foundation, Bill and Melinda Gates Foundation and Tata Foundation, etc.

"The persons working in national labs and industries, senior scientists and pioneers in their fields all over the world may be appointed as visiting faculty/fellows etc. Eminent experts in the field of nanomedicine and nanotechnology and allied fields can be appointed as distinguished professor and professor emeritus for life by the director/governing body," it said.