He also said that "a democracy is distinguished by the protection it gives to minorities. .... But at the same time the minorities have also their responsibilities." 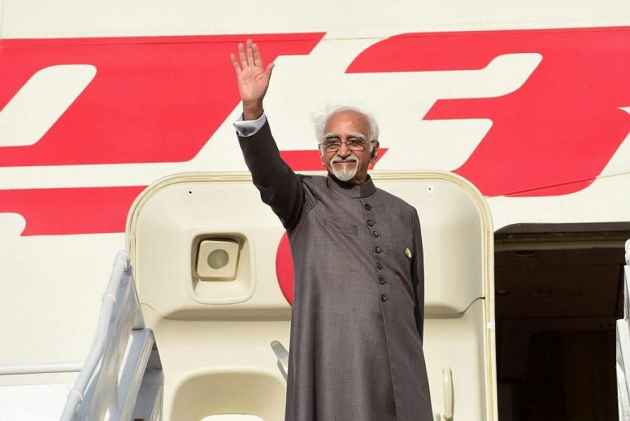 Rajya Sabha Chairman Hamid Ansari today said a democracy could degenerate into a tyranny if free and frank criticism of government policies was not allowed.

On the last day of his decade-long tenure as the Vice President of India and the Upper House Chairman, Ansari also stressed that Rajya Sabha was the creation of the Constitution that portrays Indian diversity.

In his farewell speech, he extensively quoted former Vice President S Radhakrishnan and said "a democracy is likely to degenerate into a tyranny if it does not allow the opposition groups to criticise fairly, freely and frankly the policies of the government."

Ansari said while the members "have every right to criticise, their right of criticism should not degenerate into wilful hampering and obstruction of the work of Parliament. All groups, therefore, have their rights and their responsibilities".

He also said that "a democracy is distinguished by the protection it gives to minorities. .... But at the same time the minorities have also their responsibilities."

Ansari, who has been instrumental in the decision that laws should not be passed amid din, said there should be a calibrated restraint on hasty legislation.

He said the Rajya Sabha upholds democracy's sacred creed that debate and discussion were not a stumbling block, but an indispensable preliminary to wise action.

Ansari said that the Chair was like an umpire in cricket or a referee in a hockey match, witnessing the play and the players but without becoming a player. "Its only source of reference is the book of rules," he said.

"This House is a creation of the Constitution and reflective of the wisdom and foresight of the founding fathers who wished it to portray India's diversity and to be a calibrated restraint on hasty legislation.

"It has upheld democracy's sacred creed that discussion, instead of being a stumbling block in the way of action, is in fact an indispensable preliminary to wise action. Deviations from this golden rule contribute neither to diligent policy making nor to our claim to be a mature democracy based on Rule of law," he said.

Ansari said he hoped that all sections of the House would seek to achieve this laudable objective, as the manner in which they conduct business is watched by the citizens with a discerning eye.

Ansari, who has been the Vice President and RS Chairman for 10 years, said a decade is a long time in the life of an individual. He also recalled how he was advised by a eminent member of the House from which he benefitted immensely.

Earlier, a number of members lauded the role played by Ansari as the Chairman of the Rajya Sabha and they learnt a lot from him.  (PTI)