Before despairing at the seemingly impossible task of crafting a common identity out of a fractured multiplicity of nation states, the EU could look to India for inspiration. 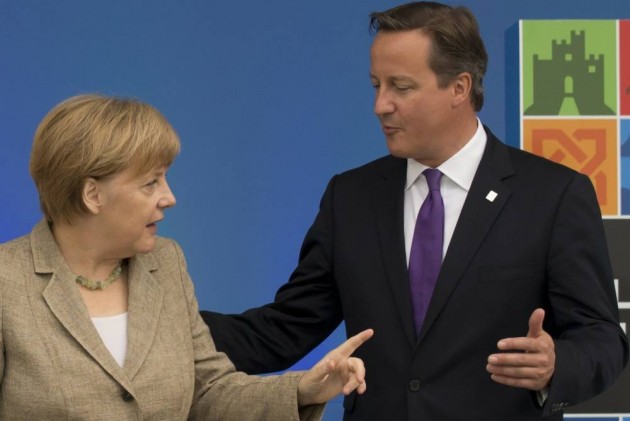 Europe has seen better days. Economic growth is either nonexistent or stagnant, unemployment is ballooning; measures to bring greater fiscal coherence to the eurozone are incomplete and willingness of national democracies to heed the supranational, austerity-preaching diktats of the European Union is being tested to the limit.

Across Europe, euro-scepticism is on the ascent. In European parliamentary elections earlier this year anti-EU parties made substantial gains including victories in Britain and France. Recent elections in Sweden saw the far-right Sweden Democrats take almost 13 percent of the vote to become the third-largest party in the country, while in Germany the anti-euro Alternative for Germany has made inroads in regional elections.

The European Project, as the process of binding the continent in ever-closer union is commonly called, is in existential trouble. The original vision that had underpinned the creation of the EU – the bringing of peace and prosperity to a warring, unstable continent –has long become normalized into a taken-for-granted fact. Today, institutional trappings like a common customs union and a shared trade policy hold the 28-member EU together. But, the euro-crisis has underscored the failure of the union to inspire the kind of robust, reflexive loyalty that remains the preserve of nation states.

The EU yokes together countries with sharply divergent political economies, mentalities and levels of development. Intervention by the European Central Bank might have served to calibrate the euro-crisis, but the long-term sustainability of a union that includes fiscally-conservative, export-driven, inflation-despising countries like Germany and big-spending, import-dependent, inflation-accommodating states like Greece is uncertain.

However, before despairing at the seemingly impossible task of crafting a common identity out of a fractured multiplicity of nation states, the EU could look to India for inspiration. For although the European Project is often referred to as an attempt to fashion a United States of Europe, the EU more resembles poor and chaotic India than it does the USA.

In some ways India is a proto EU, having stitched together a large region of immense diversity into a strong political and economic unit. Like the EU, India has more than 20 official languages. It is a country of Sikhs and Tamils, ethnic groups that have about as much in common as Swedes and Spaniards. India, as a so-called “Hindu” country, is home to almost as many Muslims as Pakistan. With its eclectic mix of languages, ethnicities and religions, India, like the European Union, is the antithesis of the 19th-century European conception of the “nation state” according to which a single religion, a single language and a common enemy, are the only “natural” basis for a sustainable political entity. But as historian Ramachandra Guha has pointed out, on traditional European parameters of the ideal nation state, it’s Pakistan rather than India that should be deemed a success.

Over the course of its 67 years as an independent nation, India has defied the predictions of western political scientists who once consistently claimed the country would unavoidably balkanize. It is a testament to the fact that the exclusions and expulsions of the “nation-state” ideal are not inevitable, and that it is possible to imagine and fashion a common identity out of vibrant diversity. Drawing upon a shared, albeit mutable, common civilizational foundation, modern India has endured by pulling off a delicate balancing act, wherein an astonishing range of the plural and local have been allowed enough space to coexist with the unitary national.

Europe is far more accustomed to teaching lessons to India and other parts of the developing world than learning lessons from them. Yet, India should serve as hope, if not a guide, for the EU’s own arduous project of rejecting the homogenizing tyranny of the nation state and choosing instead to celebrate difference and aggregation.

That the European Union and India are entities of a similar temperament with experiences that are germane for each other was demonstrated by the European response to the euro-crisis. The main criticism of Europe’s strategy was its reluctance to pull out a “big bazooka,” such as the announcement of unequivocal debt pooling within the eurozone, which as proposed by former US Treasury Secretary Henry Paulson during the 2008 financial crisis,  would allow the leadership to get ahead of markets and stabilize investor confidence.

But to promote the idea of such a solution to the euro’s problems was to totally misunderstand the nature of the EU.

Acting quickly and decisively might work for countries like the United States and China. But it is perilous for the European Union, something an Indian instinctively understands given New Delhi’s intimate experience with cumbersome, coalition-constrained, procedure-oriented, decision making.

Between 1989 and the latest elections in May 2014, which saw the decisive victory of the Bharatiya Janta Party under the leadership of Narendra Modi, India was governed by a series of shambolic and shifting coalitions. The National Democratic Alliance, in power between 1998 and 2004, for example, featured up to 16 coalition partners—some members dropped out and others joined—while the United Progressive Alliance, which dominated during the following decade, embraced some 11 political parties. India’s vast coalitions were the result of the nation’s diverse castes, classes, regions and ethnicities clamouring for and winning, adequate representation.

But while these alliances arguably allowed India as a country to cohere, they could also result in the stunting of decisive reforms. Like Europe, India too has often been accused of doing too little, too late. The necessity of building and maintaining consensus across a broad range of interests has led to regular policy flip-flopping, causing much disappointment among global pundits who compare India’s timidity unfavourably to neighbouring China’s boldness. From proposals to reform India’s subsidy regime to discussions regarding the opening of sectors like retail and aviation to foreign direct investment, New Delhi has constantly been forced to revise and even reverse policy decisions.

Yet, to deride either India or the EU for shuffling and equivocation even while understandable when the need for results is pressing misses the point that both owe their existence and survival to these very phenomena. Protracted debate and sluggish consensus building are existential demands for India and Europe, not just some annoying character flaw.

The unions of India and Europe are fine balancing acts. And while lacking the military backing or strategic coherence of hard powers like China or the United States, they remain huge political achievements that allow the world to imagine alternative, inclusive configurations to the othering boundaries that national tribalism can erect. India and the EU are messy, contradictory and incomplete. But in their idealized potential, there resides considerable hope for humanity.

Pallavi Aiyar' most recent book, Punjabi Parmesan: Dispatches from a Europe in Crisis (published by Penguin in India and forthcoming with Palgrave Macmillan in the US) is an Indian-Chinese take on contemporary Europe. Rights: Copyright © 2014 The Whitney and Betty MacMillan Center for International and Area Studies at Yale. Courtesy: YaleGlobal Online